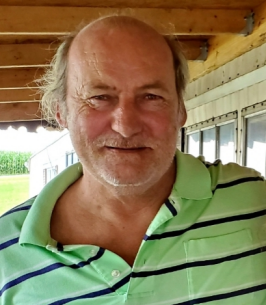 Willis Hamilton, Jr., age 57 of Pierceton, passed away quietly on Monday, February 1, 2021 in Lutheran Hospital, Fort Wayne. He had been bravely battling a heart condition before his passing.

Born in McDowell, Kentucky, Willis was the son of Willis Hamilton, Sr. and Sylvia (Newsome) Hamilton. He was one of ten children raised in the family home and grew up in Winona Lake. He attended school in Warsaw and found love in Christ early; he was baptized at the Church of Jesus Christ in Argos.

Willis was easy to talk to and rarely knew a stranger. He was kind, gentle and honest. He enjoyed travelling and meeting new people and has travelled for much of the last twenty years. One of his favorite places to visit was Daytona Beach, Florida but he was always sure to keep in touch with his family back home, often calling sister, Wonda to touch base.

Friends may join the family for a time of visitation at Warsaw’s Titus Funeral Home, 2000 East Sheridan Street, on Friday, February 5 beginning at 11 a.m. At one o’clock, Pastor Phil Chandler of Community Life Center will officiate Willis’ Life Celebration®. Burial will follow the service in Oakwood Cemetery, Warsaw.

To leave condolences for the family, please visit www.TitusFuneralHome.com
To order memorial trees or send flowers to the family in memory of Willis Hamilton Jr., please visit our flower store.