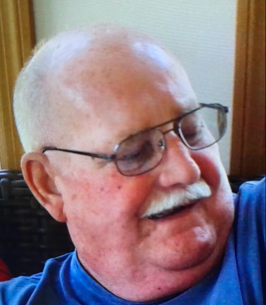 Born in Prestonsburg, Kentucky on May 5, 1949, he was the son of Taulbie Ousley and Gracie (Green) (Ousley) Craft. He grew up partially in Kentucky and later in Warsaw where he attended Warsaw Community High School. Willard honorably served in the United States Army following school. He earned the rank of Sergeant before honorably discharging from Fort Dix, New Jersey on October 4, 1970.

Willard, known to most as “W O” rarely met a stranger but was also a private person. He spent many years working in auto sales, a job which he genuinely enjoyed. He was also a fan of NASCAR racing and especially of driver, Jeff Gordon. He previously enjoyed boating on area lakes and was a longtime member of North Webster American Legion, Post 253. More than anything, Willard loved his grandchildren; he enjoyed time spent with them and enjoyed watching them play sports.

In addition to his three grandsons: Andrew, Tyler and Elliott Buehler, those who survive with memories to cherish include daughter, Jennifer (husband, Matthew) Buehler; brother, Carl (wife, Janet) Ousley and sister, Martha Swanson. He was preceded in passing by his father, Taulbie Ousley and mother, Gracie (husband, Eddie) Craft.

Titus Funeral Home and Cremation Services of Warsaw is entrusted with Willard’s care. The family will grieve Willard’s passing privately. Those wishing to express their sympathies may give to North Webster American Legion, Post 253, 756 S Main St, North Webster, IN 46555. Written condolences may be left on the funeral home website at www.TitusFuneralHome.com
To order memorial trees or send flowers to the family in memory of Willard Ousley, please visit our flower store.