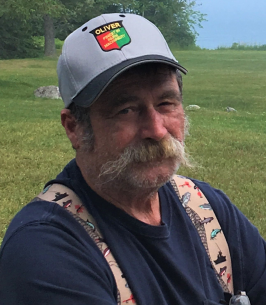 Steven M.Wilcoxson, 67, of Pierceton, Indiana, passed from life to life on Tuesday, September 28, 2021, while surrounded by his loving family and is now at home with his Savior.

Born April 6, 1954, Steve was born to Jack E. and Betty L. (Smith) Wilcoxson in Warsaw, Indiana. On June 28, 1975, he married the love of his life, Debbie (Metzger) Wilcoxson. Steve considered it the joy of his life to devote himself steadfastly to Deb for 46 years of marriage and, together with Deb, to have raised three beautiful children who, for both of them, brought indescribable pride; Matt (Kim) Wilcoxson, Stephanie (Jamie) Stump, and Mike (Courtney) Wilcoxson. A third-generation water well driller, Steve was a self-employed owner/operator in well drilling, excavation and construction for over 40 years.

Though family remained his dominant passion throughout his life, Steve was also an ardent gunsmith, fisherman, hunter, Upper Peninsula camper, outdoorsman and craftsman. A man who wasted no words, Steve was known to all as a quiet, strong and unswervingly consistent man who was powerfully present to those he loved, and to none more so than his 5 grandkids.

Steve is preceded in his passing by his father, Jack Wilcoxson. He is survived by his wife, his mother, brothers Dale (Nedra) Wilcoxson, Jon Wilcoxson and Aaron Wilcoxson, his children and his grandchildren, Dylan, Kyle, Lauren, Blayne and Lawson.

Visitation will be at Titus Funeral Home, 2000 East Sheridan Street, Warsaw on Friday, October 1, 2021 between 4 and 8 pm, with a Life Celebration® on Saturday at 11 am in the Funeral Home.

In lieu of flowers, memorial contributions to Riley’s Children Hospital or to St. Jude Children’s Hospital are appreciated. Envelopes will be available at the funeral home. Written condolences may be left at www.TitusFuneralHome.com


To order memorial trees or send flowers to the family in memory of Steven Wilcoxson, please visit our flower store.