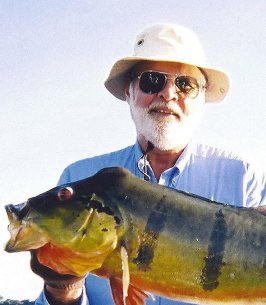 Stephen R. Parker, known to many as “Steve,” passed away in his Oro Valley, Arizona home on Sunday, March 7, 2021, Age 77. Steve took pride in growing up in rural Indiana and loved the farm country, he spent over 40 years as a resident at Chapman Lake until he recently sold the family home in 2020.

Born on April 22, 1943, in Claypool, IN, to S.L”Hank” and Margel “Lee” (Riley) Parker Craig. Steve graduated Claypool High School in 1961 and attended Manchester College and Indiana University-Bloomington and in 1963 joined the family business, Parker Industries, as a Purchasing Agent.

Guiding Parker Industries through intense growth and a difficult market in the 1970’s and 80’s, Steve earned his way to the helm of the company functioning as President and CEO for many years. In the early 1990s, he was instrumental in establishing Par-Kan Company’s foothold in the refuse container market; he went on to guide Par-Kan as CEO until 2015.

Throughout the years, Steve was also a successful investor in numerous farm ventures, real estate investments and companies including Parker Feeders, Doty Lithograph, Messenger Funeral Stationary, Dot Group, Locke Steel Chain Co, Warsaw Airport Development Park, Leesburg Hardware, Print Pac, Paramount Tube, a reproduction and fertility clinic and dozens of others. His keen business sense was highly regarded and landed him a seat on many advisory boards. He also was actively involved in numerous philanthropic and fraternal organizations. In 2020, the Mizpah Shriners recognized Steve for 50 years of service and loyal philanthropy support for Shriners Hospitals for Children. He was a huge support of Alcoholic’s Anonymous for more than 30 years.

Steve throughout the years, found many hobbies, from riding horse back and big game hunting to duck and pheasant hunting. His most treasured past time was fishing and he was fortunate enough to fish in all kinds of water and all over the U.S., Canada, Mexico, South America and the Artic Circle. Missed by many friends for his love of pranks and by his family as the voice of reason and as a strong confidant, Steve is survived by: daughters, Angela Parker of Tucson, AZ and Kristi Parker and grandson, Andrew “Drew” Beckett of Boise, ID; mother, Lee Parker Craig of Tucson; sister, Suzanne Parker of Tucson and nephew, Todd Schultz of Los Angeles, CA. He was preceded in passing by his wife of nearly 53 years, Jolane Parker who passed in August 2018. He was also preceded in passing by his faithful companion, Moe; father, S.L. Parker and in-laws, Kenneth ”Greasy” and Bettie Lou (Kelly) Drudge.

A celebration of life is being planned in Indiana for Steve and Jo in April at the Chapman Lake Conservation Club, as well as one in Oro Valley, AZ. Memorial gifts may be directed in the name of Stephen R. Parker to the Shriners Hospitals for Children, attn. Processing Center, PO Box 863765, Orlando, FL 32886 or Online: https://donate.lovetotherescue.org/give/158251/#!/donation/checkout or to K-21 Cancer Care Fund, 1101 Park Avenue, Winona Lake, IN 46590 or Online: https://www.k21healthfoundation.org/cancer-care-fund/

To order memorial trees or send flowers to the family in memory of Stephen R. Parker, please visit our flower store.