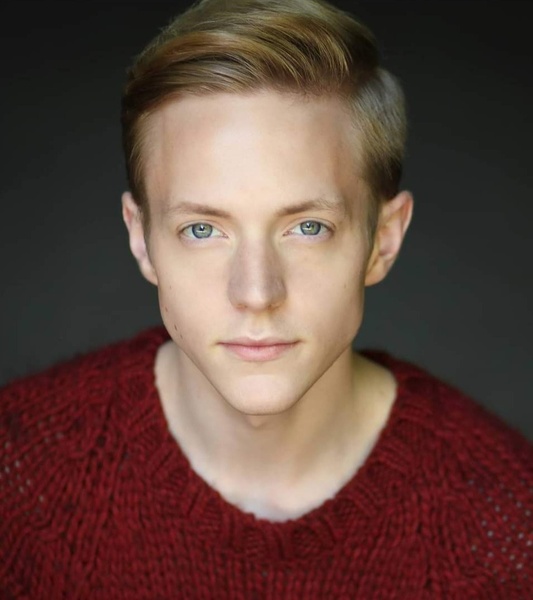 Shay Alan Dixon, 30, from Winona Lake, passed away unexpectedly in his residence in Brooklyn, NY on
July 4, 2022.  Shay was born December 20, 1991 to Jeryl (Monty) Leamon and Tracey Dixon.  Shay was a 2010 graduate of Warsaw Community High School where he was heavily involved in Theater and Art.  While in high school, Shay won many theater awards for acting and art key club awards.  After graduation, Shay attended Oklahoma City University, OK where he studied Dance Performance.  Shay was part of the Lambda Chi Alpha Theta Delta Chapter at OCU.  In 2014, Shay moved to NYC where he continued to reside until his death.

Shay fell in love with Dance and Theater at a very young age.  His feet never stopped moving, he was always tapping around in his childhood house. Because of his new-found love, Shay watched the Times Union for tryouts for Oliver being held at the Wagon Wheel Theater.  He wanted to audition along with at least 100 other young boys.  When the late Roy Hine, brought the last group of boys out, he announced, “this will be the boy cast for Oliver”, Shay was one of them.  This opened the door for many productions to follow at WWT.  Many patrons knew Shay; he could warm up the stage.  He had a way of drawing you in and making you feel like you were dancing right along with him.  Shay started at the Wagon Wheel around the age of 6 and continued to participate every summer as well as the winter shows till the age of 24 even after moving to NYC in 2014.  Shay was a Dance Captain at WWT and choregraphed Gypsy alongside Director Scott Michaels. Shay also designed the makeup for the production of CATS with Jennifer Dow.  Shay was in so many productions over the years, but a few of his favorites were Hairspray with Bob Miller, Oliver his first production, Phantom of the Opera where he played young Phantom, The Sound of Music, Brigadoon, Gypsy, A Chorus Line, The Christmas Carol, Tarzan, Cinderella and so many more. Shay loved his WWT family and continued those many friendships after leaving Warsaw.

Shay was a dance student at Lee Anne Stewart Dance School, Syracuse as well as at Deb Collier’s School of Dance, Warsaw.  Shay was a part of the competition dance team at Lee Anne’s and traveled to Disney, NYC, Myrtle Beach and Chicago to compete. Not only did Shay dance, he also took Taekwondo classes from Hills Taekwondo, Pierceton.  The Hills were like another family to us in a different area.  Shay became a 2nd Degree Black Belt in 2001.

Shay was a man of many talents.  Shay had a wonderful eye for color and photography as his high school art teacher stated of him. He loved to water color paint and draw whatever was on his mind.  While living in NYC, Shay worked for Cecconi’s Dumbo Restaurant which paid the bills but his passion was working with photographers helping to style models for photo shoots.  His styling work was published in many major fashion magazines such as Vanity Fair, Vogue, Nord Magazine and Paper Magazine.  His last one with Paper Magazine was his absolute favorite. He loved designing, traveling and was so generous and kind to his friends and neighbors.  He made a friend wherever he went. Shay was a beautiful soul as so many have referenced of him.  Shay also had a contagious laugh and gave the best hugs.

Titus Funeral Home and Cremation Services is entrusted with the care of Shay. A Life Celebration® will be held on Saturday, July 30, 2022, at the Wagon Wheel Center for the Arts, 2515 E Center St, Warsaw, IN 46580 from 1:00pm until 4:00pm. To make a donation in honor of Shay, memorial gifts are appreciated to the Wagon Wheel or the Warsaw High School Theater Department.

To order memorial trees or send flowers to the family in memory of Shay Alan Dixon, please visit our flower store.

Wagon Wheel Center for the Arts