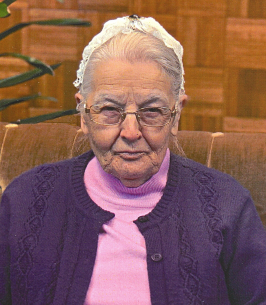 Ruth A. Frantz, age 82 of Warsaw, bravely fought illness for the past four weeks. She was strong in her Christian faith and, on Saturday she told her husband, “I want to give up the ghost. I want to go to Heaven.” Robert, Ruth’s husband of 63 years responded by saying “I have been praying, if you cannot get well that the Lord would take you to Heaven.” They talked more about Heaven, about being pain free and free of suffering. They talked about the permanence of Heaven, about it lasting forever. She said, “I will see you over there,” waved to him and said goodbye.

Ruth was called to her Heavenly Home on Tuesday, October 19, 2021 just after 2 p.m. in Warsaw at Kosciusko Community Hospital.

She was born on November 3, 1938 in Miami County and was the daughter of Walter and Olga (Zimmerman) Shoemaker. Ruth graduated from Akron High School in 1956 . Her parents preceded her in passing as did three brothers: Gary, Kurt and Paul Shoemaker and a sister, Laura Shoemaker. Those who survive include her husband, Robert Frantz of Warsaw, whom she married on June 22, 1958; two sons: Scott (Treena) Frantz of Wisconsin and Timothy (Angie) Frantz of Warsaw; two daughters: Penny (Bruce) Bautch of Wisconsin and April Frantz of Tennessee; eight grandchildren and twelve great-grandchildren.

Those who were blessed to know Ruth remember her for her love of the outdoors, mowing and gardening and for time spent the goats and sheep they raised. The remember her for sewing, knitting and for her fervent love for His word. Ruth accepted the Lord in the winter of 1957 and was a longtime member of Hope Baptist Church where she attended since 1986. She enjoyed studying the One Year Bible and her devotionals.

Friends may join the family for visitation on Tuesday, October 26, 2021 from 3 to 7 p.m. at Warsaw’s Titus Funeral Home and Cremation Services, 2000 East Sheridan Street, Warsaw. Ruth’s Life Celebration® will be held on Wednesday at Hope Baptist Church, 2277 East Pierceton Road, Warsaw. The service will begin at 11 a.m. with gathering for one hour prior. Burial will take place in Oakwood Cemetery.

In lieu of flowers, gifts may be given to the Bible Printing Ministry of Hope Baptist Church. Make checks payable to Hope Baptist Church, 2277 East Pierceton Road, Warsaw, IN 46580. Alternately, gifts may be sent via PayPal; to give through PayPal contact Jim Kagin, church treasurer via text 574-527-0219 or the funeral home. Written condolences may be left for the family at www.TitusFuneralHome.com

To order memorial trees or send flowers to the family in memory of Ruth Frantz (Shoemaker), please visit our flower store.