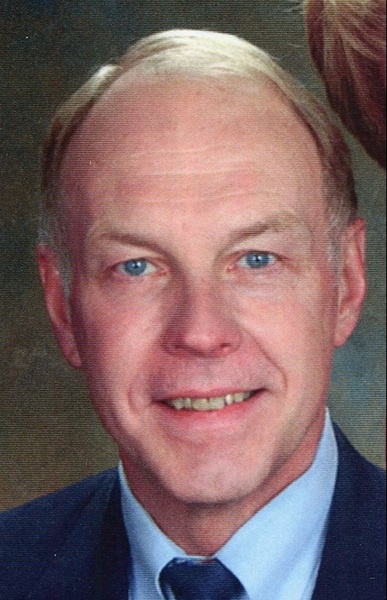 He was born on July 5, 1941 in Lincoln, Illinois, and was the son of pastor George and Martha Terjung, spending his formative years in Akron, Ohio.

Ron graduated from Wheaton College in IL, where he met and then married Carol Preedy on August 25, 1962. He earned a masters degree from San Jose State in 1965, and a Ph.D. in Physiology from the University of Iowa in 1970. During that time, their daughter Kathryn was born. He completed a post-doctoral program at Washington University School of Medicine in St. Louis, MO.

Ron dedicated his long and distinguished working life to a vast amount of specialized physiology research along with teaching first year medical and veterinary students.  He began his career at the University of Illinois, Urbana-Champaign.  During that time, their son Steven was born.  He then moved his family to Syracuse, NY, to be a Professor of Physiology at the State University of New York’s Health and Science Center for 20 years.  In 1997, Ron and Carol moved to Columbia, MO.  At the University of Missouri’s College of Veterinary Medicine, he was a Professor and the Associate Chair of the Department of Biomedical Sciences, as well as the Associate Dean for Research and Graduate Studies.  He was also Professor of Physiology at the University of Missouri’s College of Medicine, as well as playing a key role as a senior research investigator at the Dalton Cardiovascular Research Center.

He also did research with the Polish Academy of Science before the collapse of the Iron Curtain.  In addition to several other awards and honors throughout his career, he was presented with an Honorary Doctorate at the Medical University in Bialystok, Poland, in 1993.  He was invited to lecture at many universities, conferences and symposiums across the U.S. and world. These opportunities afforded Carol and him the chance to travel to many amazing places.

In addition to being actively involved in the American Physiological Society and the American College of Sports Medicine, he served on an Olympic committee, the Gatorade Sports Science Institute Board and the National Institute of Health as a grant reviewer.  There are too many other committees that he either chaired, or was a member of, to list as well as written or edited books and manuscripts.

He enjoyed sponsoring many special students, post-doctorate fellows and sabbatical visitors.  He loved mentoring and engaging with these people and his colleagues over the years.

Humbly, he would have told you that beyond any of his vast career accomplishments, God and his faith in Jesus Christ were of highest priority.  This was made evident in how he led his family and built his friendships.  He enjoyed studying God’s Word in Men’s Bible studies each place he lived.

Ron strongly valued all generations of family and retired to Atlanta to invest more in his grandchildren.  His parents brought the family to Winona Lake, IN for summer vacations growing up. The extended Terjung family continues to enjoy this tradition to this day. He delighted in taking family water skiing and tubing behind his boat.  A highlight each summer was his homemade ice cream.

Over the decades, Ron and Carol were also blessed to travel with 7 other Wheaton College couples on incredible adventures around the world.

Ron’s sense of humor will be truly missed.  He loved to laugh and joke with others.  To be teased by him was to be loved by him.

As a lifelong athlete, Ron enjoyed sports of all kinds.  He played football at Wheaton College and was on the team that famously went undefeated in 1961.  He was also an avid cyclist and commuted to the lab at every university where he worked.  In more recent years, it was a great joy for him to watch and photograph the many sporting events of his three grandchildren.

He is survived by his wife Carol, and their two children: Kathryn (Weir) Kary and husband, Jason, and Steven and wife, Missy, along with their children Ellie, Audrey Kate, and Mason.  His sisters Joyce Mugg and Joan (Mark) Denholm along with his brother Dale (Gayle) and their families also survive. He was preceded in passing by his brother Russell (survived by wife, Sharon), brother in law Jim Mugg, grandnephew Benjamin Mugg, and son in law, Chuck Weir.

In lieu of flowers, memorial gifts may be directed to Young Life.

Written condolences may be left for the family at www.TitusFuneralHome.com