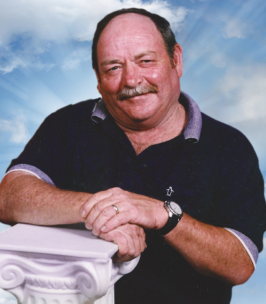 Ronald Smith, 71 years old of Claypool, passed away unexpectedly at Lutheran Hospital, Fort Wayne on Wednesday, March 3, 2021. Shortly after 9 p.m., he closed his earthly eyes and joined his Savior.

Known to most as “Ronnie,” Ronald was born in Willard, Ohio and spent his formative years in Kentucky before settling in the Akron area with his family. He was the son of the late Edgar and Eva (Adams) Smith.

On January 1, 1972, Ronnie was united in marriage to Linda Seitner in Silver Lake. The pair shared more than 49 years together before his Wednesday evening passing. Linda (Seitner) Smith survives at home in Claypool.

A hardworking person, Ronnie worked for several companies throughout the years, spending the majority of his career in production with Warsaw Black Oxide, Drudge Screw and Dalton Foundry. When he could, he enjoyed fishing, hunting, and camping – anything which allowed him time spent outdoors.

Ronnie was a Christian and was highly active in his church. He loved the Lord and was happy to help others learn more and to help others grow in their own faith. A longtime member of Early Apostolic Bible Training Center, Claypool, Ronnie occasionally helped in ministry by leading services when needed and was also a church deacon. It is through their faith and through Ronnie’s trust in Christ that the Smith family finds comfort during this time.

A Life Celebration® will be held with the assistance of Titus Funeral Homes. Friends may gather for visitation on Sunday, March 7, 2021 from 3 to 7 p.m. at Early Apostolic Bible Training Center, 6800 South State Road 15 Claypool. Pastor Dean Ealey will officiate Ronald’s funeral service in the church on Monday at 11 a.m. An additional chance for viewing will be offered for one hour prior to the service. Burial will follow the funeral in Lake View Cemetery Silver Lake. Memorial gifts may be directed to the Smith Family.

To order memorial trees or send flowers to the family in memory of Ronnie Smith, please visit our flower store.