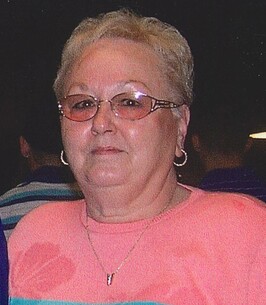 Roma Kay Earl, age 77 of Warsaw, passed away in the early hours of Saturday, June 12, 2021 at Paddock Springs in Warsaw.

Born on July 6, 1943 in Fort Wayne, Roma was the daughter of the late Forrest Harold and Hazel Eileen (Fetters) Gaerte. She spent her formative years in the North Webster area and was a 1961 graduate of North Webster High School.

Professionally, Roma retired from Biomet in 2011. More personally, she was spirited and funny but also giving and kind. She was a hard worker and enjoyed tasks around the farm during her married years. She loved time spent with her children, grandchildren and great-grandchildren. She also liked to keep in touch with them by phone and was an expert at telephone BINGO. She was also known to “stir the pot” and is remembered for her feisty spirit. She was a longtime member of Pleasant Grove United Methodist Church.

In addition to her parents, she was preceded in passing by a grandson, Kristopher Corridan Shepherd and brother, Richard Gaerte. She is survived by two children: daughter, Kelly (Chris) Shepherd of South Whitley and son, Todd Earl of La Fontaine and two grandchildren: Madison (Drew Dahlstrom) Shepherd of Pierceton and Sara (Matt) Cloonan of Mishawaka. Also surviving are two great-grandchildren: Aria and Everleigh with a third, Oli Corridan expecteded soon; five sisters and a special daughter, Angie (Leo) Thach.

A Life Celebration® is planned with Titus Funeral Home, 2000 East Sheridan Street, Warsaw where friends may gather on Wednesday, June 16 from 3-7 p.m. Roma’s funeral will be held in the funeral home on Thursday beginning at 11 a.m. with gathering for one hour prior. Burial will follow in Oakwood Cemetery, Warsaw.

Memorial gifts may be directed to the family for use in the college funds of her great-grandchildren.
To order memorial trees or send flowers to the family in memory of Roma Earl (Gaerte), please visit our flower store.