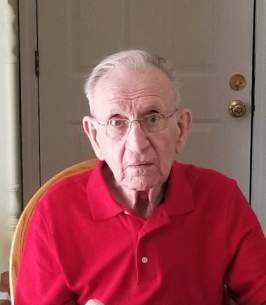 Robert Eugene Shafer, a longtime resident of Warsaw, passed away quietly on Friday, April 23, 2021 just before 9 a.m. at home in Warsaw. He was 80 years old.

Born in Huntington on June 16, 1940, he was the son of Deloris Wyatt and went on to marry Callie Akers in October of 1960. He and Callie shared more than sixty years together before her passing on March 16, 2020.

Bob, as many knew him, had a strong work ethic. He worked for several foundries in his early career and was the owner of his own business, installing gutters on homes and businesses around the area. After selling his business, he worked for Zimmer for more than 15 years and, even in retirement, continued working in mowing and lawncare for Dave Carey. This was perhaps one of his favorite jobs as it afforded him more time spent with his wife who had also worked for Mr. Carey.

Bob enjoyed fishing and travel and especially enjoyed time spent in Sebastian, Florida. He liked trying his luck at Casinos – locally he was fond of Blue Chip. He had also been to Las Vegas several times. He was previously a member of the Masonic Lodge and of the Mizpah Shrine Horse Patrol and was an honorably discharged veteran of the US Army.

In addition to his wife, Callie, those who preceded him in passing include son, Phillip Shafer and brothers: Kurt Wainscott, Ron Shafer, Bill Shafer and Phil Shafer. He is survived by son, Onda “Eric” Shafer (wife, Kathy) of Warsaw; nine grandchildren and several great-grandchildren. His sisters: Sharon, JoAnn and Susie also survive.

A Life Celebration® is planned with the assistance of Titus Funeral Home where visitation will be held on Thursday, April 29, 2021 from 4 to 7 p.m. His funeral service will begin at 7 o’clock in the funeral home.

To order memorial trees or send flowers to the family in memory of Robert Shafer, please visit our flower store.