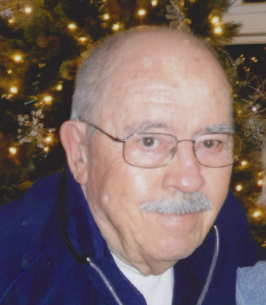 Robert James Rodgers, age 88 of Warsaw, Indiana, and previously a longtime resident of Orange County, California, passed away in his home on Pike Lake in Warsaw on June 23, 2021.

Born in Appleton, Wisconsin, on February 11, 1933, he was the son of the late Robert Vernon Rodgers and Rose Marie (Verhoven) Rodgers. He spent his formative years in Wisconsin before moving with his family to Long Beach, California, as a teenager. He graduated from high school there and later from California State University, Long Beach.

Robert was a veteran of the United States Army. He served as an Atomic Weapons Electrical Specialist and in a unit assigned to protecting nuclear plants. He was honorably discharged in 1956 and returned to California. where was married to his first wife. He married Marion Jean Hann on August 31, 1963, and the pair shared more than thirty-eight years together before her passing in 2002. He was later married to Vivian (Nichols) Miner who also preceded him in passing on June 21, 2016; they shared more than ten years together.

Bob, as most knew him, was a professional public and private guardian and conservator. He spent many years with Orange County as the Deputy Public Guardian before forming his own Guardianship conservator services firm, ConServ, where he served as president. He continued to operate the company until retiring in 2003. He was previously a member of First United Methodist Church, Warsaw, and of the Moose Lodge. More personally, he loved time spent with his blended family, especially his children and grandchildren. He also like shooting sports, old westerns and a good meal with family and friends.

Those who survive with memories to treasure include his children: daughter, Suzanne (Doug) Howe of Tumwater, Washington; son, Dan (Pam) Hann of Leesburg; son, Dan Miner of New Paris; daughter, Gerry Kay of Warsaw; and daughter, Connie Losee of Syracuse. Several grandchildren and great-grandchildren also survive. In addition to his wives, he was preceded in passing by daughter, Debbie Rodgers-Beldo, a granddaughter, and his parents.

Titus Funeral Home, 2000 East Sheridan Street, Warsaw is assisting the family. A private gathering will be held there. Bob will be laid to rest in Oakwood Cemetery with military honors.

In lieu of flowers, those wishing to express their sympathy might consider memorial gifts to K21 Health Foundation’s Cancer Care Fund, 1101 Park Avenue Winona Lake, IN 46590.

To order memorial trees or send flowers to the family in memory of Robert Rodgers, please visit our flower store.