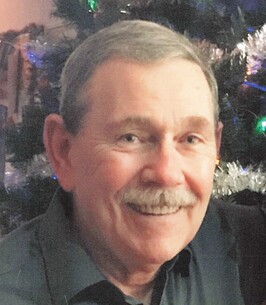 Robert W. Moore, of North Port, Florida, passed away quietly on Tuesday, September 7, 2021, at Sarasota Hospital at the age of 71.

He was born on June 30, 1950 in Muncie, Indiana, the son of Robert F. and Alice M. (Randal) Moore. Bob was a 1968 graduate of South Side High School and went on to join the United States Marine Corps until 1973. While in the Marines, he met the love of his life Sandy Murphy. They were united in marriage in Fort Wayne on June 29, 1974 and together raised their two children. Working as a tool and die maker, Bob worked at Zimmer until his retirement in 2009 after 22 years.

Bob’s character and strong personality his family enjoyed the most. He was always willing to lend a helping hand, working closely in the Marine Corps League and the American Legion with Sandy. Bob and Sandy were always together, enjoying their retirement in Florida and spending time with family especially their grandchildren. They also loved to travel to Mexico. Bob was a gun enthusiast and appreciated handguns the most.

Bob is survived by his wife of 47 years Sandy Moore; daughter, Rita (Robert) McKinzie; 7 grandchildren; 4 great grandchildren; and siblings, Ruth (Dean) Roney, Ron Moore, and Rick (Joyce) Moore. He is also survived by his other daughter, dog, Abby and a large group of extended family and friends. Bob is preceded in death by his parents and son, Robert C. Moore.

Friends may join the family for visitation at Titus Funeral Home and Cremation Services, 2000 East Sheridan Street, Warsaw, on Saturday, September 18, 2021 from 11 to 12 p.m.. Burial will follow the funeral at Oakwood Cemetery, Warsaw.


To order memorial trees or send flowers to the family in memory of Robert Moore, please visit our flower store.