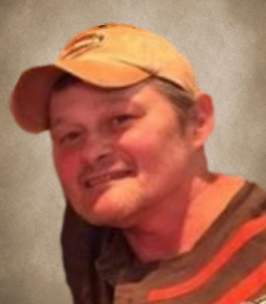 Robert Preston Miller, known to many as “Rob,” passed away unexpectedly at Parkview Regional Medical Center, Fort Wayne on Monday, May 31, 2021. He was 55 years old.

The son of Wedd Miller and Geneva (Prater) Bayne, he was born in Warsaw where he spent most of his adult life. He was a 1985 graduate of Warsaw High School and worked for several years as a CNC Machinist. For the past 18 years, he has worked for the City of Elkhart, testing wastewater and water quality. He was quite proud of his position there and was a natural at the science involved in it.

Rob was a diehard Pittsburg Steelers fan. He also liked basketball and racing of all kinds; he even raced stock cars for some time. He liked Harley Davidson motorcycles, classic rock and tv shows like Sons of Anarchy and The Sopranos. Most of all, Rob liked time spent with his wife, daughters and huge extended family. Recently, he was promoted to grandpa – a position which he was quite proud of!

On January 27, 1995, Rob was married to Tammie LeMaster-Miller; Tammie survives in Warsaw as do their three daughters: Taylor (Juan Lopez) Miller of Mentone, Samantha Miller of Warsaw and Amanda Miller of Warsaw; granddaughter, Elena Lopez; brother, Michael Miller of North Webster; sisters: Cindy (Rich) Martin of Warsaw and Angie (Seth) Biltz of Warsaw and mother, Geneva Bayne of Warsaw. Also surviving are four nieces: Kelsie, Sidney, Shawntal and Callie and three nephews: Trevin, Alex and Bennet. He was preceded in passing by his father, Wedd Miller; nephew, Jarred Miller and his grandparents.

Friends may join the family for visitation at Titus Funeral Home, 2000 East Sheridan Street, Warsaw on Friday, June 4, 2021 from 4 to 8 p.m. Those in attendance are encouraged to wear Steelers colors or apparel. Burial will be at Oakwood Cemetery at a later date.

Written condolences may be left for the family at www.TitusFuneralHome.com

To order memorial trees or send flowers to the family in memory of Robert Miller, please visit our flower store.