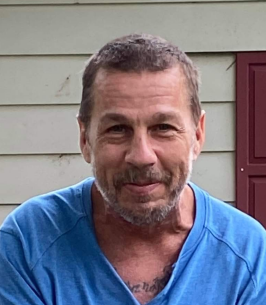 Robert E. Gross, a resident of Warsaw, passed away unexpectedly on August 21, 2021 after a brief battle with his health. He was 52 years old at the time of his passing from Fort Wayne’s Parkview Hospital.

Born on September 3, 1968 in Warsaw, he was the son of Byron McNees and Sharon (Himes) McNees. He attended Warsaw Community High School and spent most of his lifetime in the Warsaw area.

Robert was incredibly smart and known to “tell like it was.” He loved animals of all kinds but had a soft spot for his own dog, Dude. He enjoyed time spent outdoors and loved fishing along the banks of Pike Lake and other area fishing spots.

Those who survive take comfort in knowing that Robert is pain free and no longer suffering. His closest survivors include mother, Sharon McNees of Nashville, TN; sister, Kim Saline of Nashville, TN; two brothers, William and Brent McNees-both of Warsaw and many nieces and nephews. He was preceded in passing by his grandparents, father, Byron McNees and brother-in-law, Joel Saline.

The family is grieving privately, no services will be held. Warsaw’s Titus Funeral Home and Cremation Services is assisting the family. Those wishing to express their sympathy are encouraged to give to Kosciusko County Animal Welfare League while written condolences may be left at www.TitusFuneralHome.com
To order memorial trees or send flowers to the family in memory of Robert Gross, please visit our flower store.