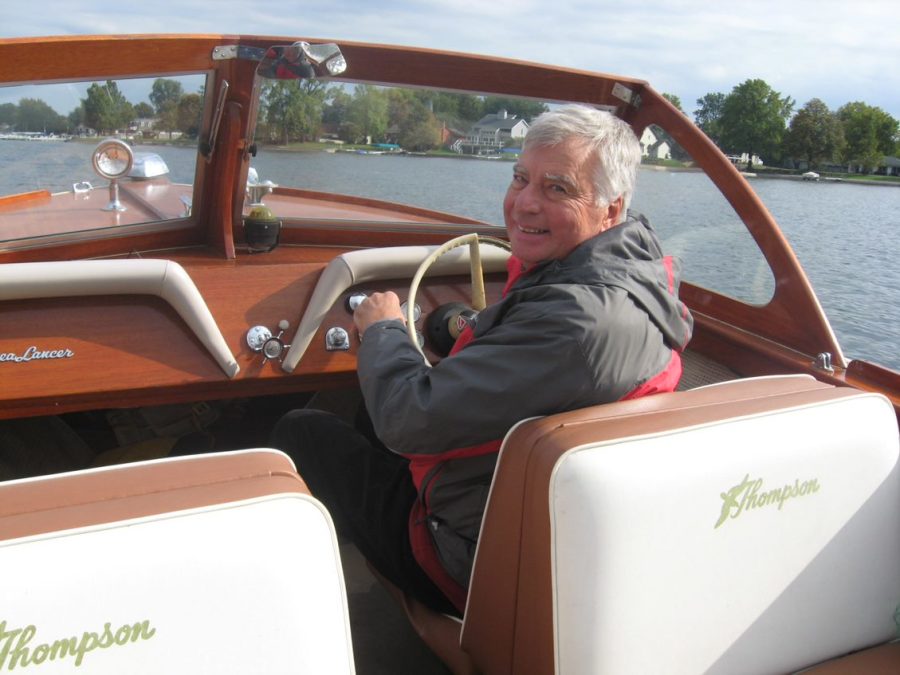 He graduated from Washington High School in Milwaukee and attended Spencerian Business College in Milwaukee. He was married on October 23, 1966 in Syracuse, IN to Nancy J. Clark who survives. He lived all of his life in Milwaukee until he moved to Syracuse in 1997 after accepting a job with Walmart.

He retired in 2014 from Walmart in Goshen where he was a produce manager, fresh foods merchandiser for northern Indiana, and then the assistant store manager. He was also the former owner / operator of Strong’s Foods in Milwaukee, was a produce purchaser on the Chicago Market for Eastside Foods in Wisconsin. He also worked as a realtor for Wes Culver Real Estate in Goshen.

The measure of Richard’s life is greater than all the statistics of his accomplishments. There are so many people whose life Richard affected in a positive way throughout his journey.

Richard demonstrated his love and devotion to his family by being sweetheart and best friend to his wife Nancy during their 55 years of marriage. He adored his children - spending all his available time with family when not working the long hours while being self-employed. He gave his children a wonderful childhood and worked hard to provide them an excellent education.

The values he lived, day by day, were reflected in his strong work ethic. He was honest and fair in business and in all life interactions. He was an excellent judge of character. He touched many lives by using his business dealings to uplift others who were in less fortunate circumstances.

After moving to Syracuse Indiana, from Milwaukee Wisconsin, in 1997, Richard took intense pleasure in the joys of living on the lake. He loved boating and fishing and the early morning visits from the blue heron and swallows while fishing on the pier. He enjoyed gardening - filling the yard with hundreds of flowers each summer. He loved action movies.  Some of his favorite music included Yanni, Louis Armstrong, and Rock n’ Roll from the 60’s.

Richard’s energy and passion for life was accompanied by a wry sense of humor that often left people guessing whether he was serious in his remarks.

When ongoing serious medical issues overtook him in later years, he was determined to get better.  He worked hard to achieve that goal and never lost his enthusiasm and zest for life. He overcame many serious medical obstacles to continue living in this world that he loved so much. He so often would say, “Every day is a gift.  We need to enjoy and be thankful for each day that we are allowed to be here.”  One of his wife Nancy’s most recent poignant memories is when he would call her for assistance in the middle of the night.  When she would come to help him, he would often smile and loudly sing to her, “You are my sunshine, my only sunshine, you make me happy when skies are grey (and blue).”

Richard was a good man and a gentleman. He touched so many lives in a positive way through the values he lived, through the examples he set, and through the respect that he earned.

Richard’s life is measured by more than his accomplishments. It is measured by all the wonderful memories, by laughter and tears - by joyful times and hard times and by love which brings you through.

He will be Dearly Missed.

To order memorial trees or send flowers to the family in memory of Richard John Strong, please visit our flower store.