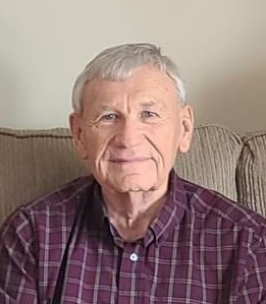 Ray Allen Miner sadly passed away in the early hours of Tuesday, March 8th. He was known by all as a loving and very social man. He was born in Warsaw, Indiana to Harold “Bud” Miner and Betty (Martin) Miner on November 7th, 1943. He married Gayle Schneider on the 20th of July 1968 and they spent 48 years together before Gayle’s passing in 2016. Together they are survived by their two sons and their wives, Jeff and Sherry Miner and Matt and LeeAnn Miner. Ray is also survived by his three grandchildren, Craig Miner, Danie Miner and Liz Miner. Additionally he is survived by his Aunt Catherine (Kate) McGowen and his sister-in-law Carolyn Miner, wife to his departed brother Don Miner.

Ray was a Vietnam War veteran, who was extremely proud of his service in the entertainment branch of the Army Special Services. He was discharged from the army on the 24th of December, 1966 after spending two years in service. For eleven months of his service he was deployed in Vietnam working on USO shows where he was given the opportunity to meet several celebrities and gain fabulous stories to tell to his kids and grandkids.

Ray joined the workforce after his service, and retired in 2009 as a Grain Broker for Central States. In his free time he enjoyed fishing, bowling, woodworking, golf, and spending time with his family. His children and grandchildren all have found memories of helping him pick up sticks in his backyard. Ray was a kind man who was well loved by all who knew him. He will be remembered for his love for his family and friends.

A viewing will be held at Titus Funeral home on Thursday, March 10th from 2:00 - 4:00 and 6:00 - 8:00. There will also be a funeral held the following day, Friday March 11th, also at Titus Funeral Home starting at 11:00. A graveside service will be held at the Oakwood Cemetery following the funeral. Ray’s family asks anyone who wishes to join them at the Etna Green Cafe (Ray’s favorite hangout) at 1:30 to share a meal and stories about Ray. Additionally, in lieu of flowers, Ray’s family asks that, for those who wish to do something, to donate to the Goshen Cancer Center in his honor.


To order memorial trees or send flowers to the family in memory of Ray Miner, please visit our flower store.