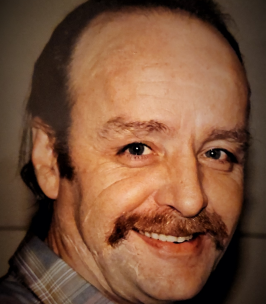 Preston Alan Bulcher, known to many as “Duck” or “Uncle Duck,” passed away quietly on Sunday, June 20, 2021. He was in his home at Yogi Bear’s Jellystone Park Camp-Resort and surrounded by his friends and family at the time of his death. He was 56 years old.

The son of the late Larry and Minnie Pearl (Foudray) Bulcher, Preston was born on August 14, 1964 in Winchester, Indiana. He was a 1982 graduate of Union City High School and spent many years safely navigating America’s roadways as a truck driver. He was also an honorably discharged veteran of the United States Army and was a proud patriot.

More personally, he enjoyed hunting, fishing and time outdoors. He was gruff on the outside but had a softer side for those who knew him best. He liked his music loud (classic rock and country) and he liked summers spent at Jellystone Campground- Pierceton where he was second in command of the park’s security detail. In the winters he spent time on the Gulf coast in Alabama.

He is survived by sister, Angie Baker (husband, Tim) of Ohio and longtime girlfriend, Sandi Busby of Florida . He is also survived by a special nephew, Aaron Baker (wife, Kaleigh) of Ohio and their two children. He was preceded in passing by his parents and his longtime companion, Pat Novacek.

Warsaw’s Titus Funeral Home and Cremation Services is assisting the family. A memorial service is in the planning stages at Jellystone; details will be announced in the coming weeks.

Those wishing to express sympathy may donate to Kosciusko Home Care and Hospice, P.O. Box 1196 Warsaw, IN 46581-1196. Written condolences may be left at www.TitusFuneralHome.com

To order memorial trees or send flowers to the family in memory of Preston Bulcher, please visit our flower store.