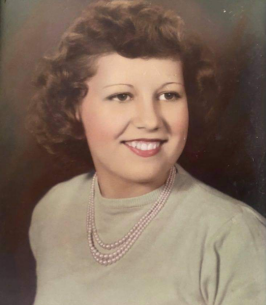 The daughter of Frederick Lewis and Virginia (Eastham) Brown, Phyllis was born on August 4, 1937 in Bloomington, Indiana. She spent her formative years in the Pierceton area and graduated from Pierceton High School.

Phyllis was a spunky, fun-loving person. She enjoyed camping when she was younger and loved time spent with her children and grandchildren. She was a longtime member of American Legion Auxiliary - Post 258 in Pierceton and worked there for several years though most of her professional life was spent as a secretary for various agencies. She also enjoyed collecting glass shoes and other trinkets and playing cards with friends – especially Euchre.

Phyllis’ family is grieving privately though a celebration of life is in the planning stages for later. Warsaw’s Titus Funeral Home is entrusted with her care. Condolences may be left for the family on their website, www.TitusFuneralHome.com

In lieu of flowers, memorial gifts may be given to the Menzie-Reece post of the American Legion, Post 258, 104 North 1st Street, Pierceton, IN 46562.
To order memorial trees or send flowers to the family in memory of Phyllis Leek, please visit our flower store.