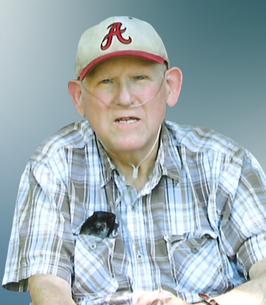 Phillip Wayne Smith, Sr., a longtime resident of Warsaw, passed away after a brief illness on Saturday, May 22, 2021 in Fort Wayne at Parkview Randallia Hospital. Age 77, many knew him as “Homer.”

Phillip was born in Plymouth on February 10, 1944. He was the son of the late Sylvester Smith and Myrtle (Himes) Smith. He attended Warsaw schools and was united in marriage to Laura Brandon on October 28, 1961.

Phillip was a hard worker; when he wasn’t working, he was helping friends and neighbors or tinkering on his own projects. Many would remember him from his time at Choretime, Barth, and OEC Medical Systems.

He enjoyed woodworking, building everything from small craft projects to larger items like picnic tables and patio furniture. He also enjoyed Westerns, especially John Wayne and even square danced for a time. He liked to play cards and was in a Euchre club for many years but most of all, he was passionate about his family. Nothing meant more to Phil than time with his family. He loved time spent with them and even served as his sons’ Boy Scout leader for several years in their youth. He was a loving husband, devoted father and doting grandfather. He was a smart confidant, a genuine mentor and a dedicated provider.

In lieu of flowers, memorial donations in Phillip's name may be directed to the Parkinson's Foundation, 200 SE 1st Street, Ste 800, Miami, FL 33131, or American Cancer Society, 601 W. Edison Rd., Mishawaka, IN 46545. To leave condolences for the family, visit www.TitusFuneralHome.com

To order memorial trees or send flowers to the family in memory of Phillip Smith, please visit our flower store.