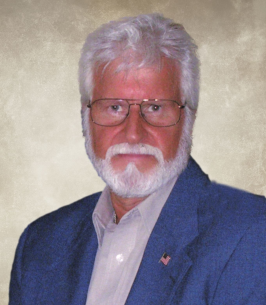 Paul E. Reuter passed away unexpectedly after experiencing a medical emergency in the early hours of Wednesday, December 1, 2021. Age 82 at the time of his passing from Kosciusko Community Hospital, he was a longtime Warsaw resident.

Paul was born in Peru on October 11, 1939. He was the only son born to Dr. Elbert and Mrs. Jane (Webber) Reuter and was a 1957 graduate of Rochester High School. On August 26, 1958, he was united in marriage to Ruth Ann Anderson, who most know as “Ann.” They shared more than 63 years together before his Wednesday morning passing.

Professionally, Paul spent more than 37 years with R.R. Donnelley and Sons, retiring in 2000. He spent much of his tenure there as a re-toucher, correcting photos and artwork by hand. He was also a veteran of the United States Air Force where he worked as an air traffic controller. He served a year-long deployment to Northern Africa and several years stationed in Yuma, AZ before being honorably discharged.

It was while living in Yuma that Paul fell in love with Arizona, the desert, and the turquoise gemstones of the Southwest; Paul and Ann made many good friends in Arizona. Paul also enjoyed organ music, playing the organ, and guitar. He was a photographer, a member of American Legion Post 49 and a competitor in the International Practical Shooting Confederation (IPSC).

In addition to his wife of 63 years, Ann Reuter of Warsaw, survivors include: son, David (Sally) Reuter of Warsaw; two grandsons: Ben (Stephanie) Reuter of Fond du Lac, WI and Zach (Robyn) Reuter of Etna Green; four great-grandchildren: Emily, Evelyn, Eleanor and John and sister, Carole (Paul) Thompson of Rochester. He was preceded in death by his parents.

A Life Celebration® is planned with Titus Funeral Home and Cremation Services, 2000 East Sheridan Street, Warsaw where friends may gather on Monday, December 6 from 2 to 4 pm. At 4 o’clock, Pastor Jordan Ickes, Etna Green Church of Christ, will officiate the service.

Memorial contributions may be directed to the charity of the donor’s choosing. Written condolences may be left for the family at www.TitusFuneralHome.com.

To order memorial trees or send flowers to the family in memory of Paul Reuter, please visit our flower store.