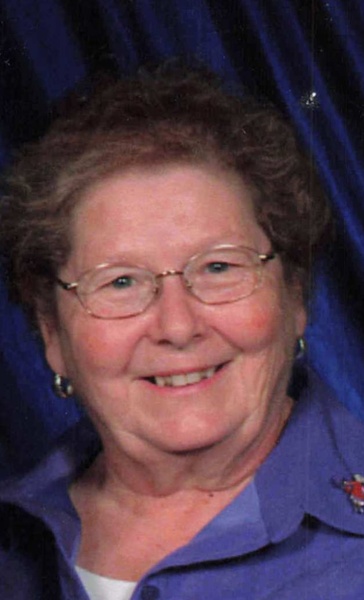 Pattie S. Younce, formerly of Bourbon, passed away peacefully surrounded by her family at Miller’s Merry Manor in Warsaw on Sunday August 14, 2022, at the age of 86.

Born in Monoquet, Indiana on February 24, 1936, she was the daughter of Eldon and Thelma Sumpter. Pattie was a 1954 graduate of Warsaw High School. After high school, she married Sam Younce on May 4, 1958, and together they spent more than 52 years before his passing in April of 2011. Pattie spent her life raising her two daughters, Beth and Kellie.

As the spunky woman Pattie was, she always lit up the room when she walked in. She always made sure to make her presence known. Pattie adored her friends and family, especially her grandchildren. She enjoyed going to all her grandchildren’s sporting events and was their biggest cheerleader.

Pattie loved to play euchre and bingo, spending lots of time playing bingo at Miller’s and giving her grandchildren the prizes she won. She also enjoyed cooking, travelling to see family, and watching her soap operas.

Titus Funeral Home and Cremation Services is entrusted with the care of Pattie. Friends and family may gather there, 2000 Sheridan St. Warsaw, IN 46580, on Saturday August 27, 2022, from 12:00pm until 3:00pm with the Life Celebration® beginning at 3:00pm. To make a donation in honor of Pattie, memorial gifts are appreciated to the Alzheimer’s Association and the Shriners of Kosciusko County.

To order memorial trees or send flowers to the family in memory of Pattie Younce, please visit our flower store.