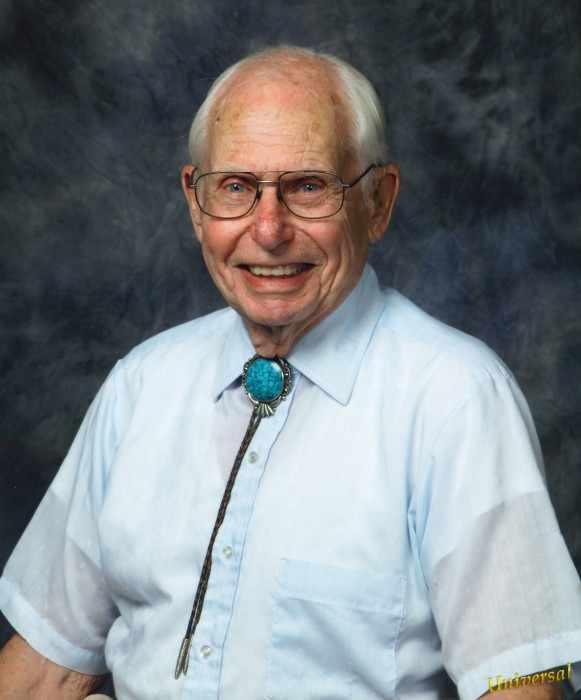 He grew up in Nappanee, graduated in 1940 from Nappanee High School, and attended Ball State University in Muncie. He was a United States World War II Army veteran and received a Bronze Star Medal. He was married on September 12, 1953 in Nappanee, IN to Geneva E. “Gee” (Case) who preceded him on December 4, 2010 (exactly 10 years prior to his passing). He formerly worked at Washington Steel Products in Cleveland, OH, retired in 1976 as a General Sales Manager for Ekco Building Products in Canton, OH, and then moved to Syracuse for his retirement years at Dewart Lake.

He was a member of the Calvary United Methodist in Syracuse, State V.F.W. member-at-large in Indianapolis, IN, American Legion in Nappanee, and life member of the Elks Lodge # 2029 in North Canton, OH. He was a former member of the Moose Lodge in Elkhart, former Director of the Dewart Lake Association, and formerly served on the Dewart Lake Watershed Committee.

He was preceded in death by his parents, wife, sister – Dorothy Landwehr, and 3 brothers – Eddie, Earl, & James Metzler.

Graveside services will be at 11:00 a.m. on Tuesday, December 8, 2020 in the South Union Cemetery near Nappanee, IN with Pastor David Henry officiating.  Owen Family Funeral Home, 1001 S. Huntington St., Syracuse, IN is in charge of arrangements.

Preferred memorials may be given to the Calvary United Methodist Church, 801 S, Huntington St., Syracuse, IN 46567.

To order memorial trees or send flowers to the family in memory of Norman R. "Norm" Metzler, please visit our flower store.