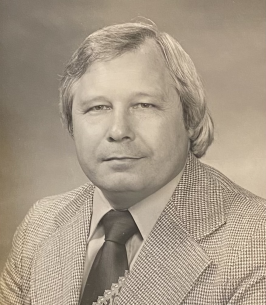 Norman R. Krichbaum, a Warsaw resident and lifetime resident of Kosciusko County, passed away quietly at home, surrounded by his loving family on Monday, September 6, 2021. He was 88 years old.

Born on January 4, 1933 in Claypool, Norman was the son of Rex and Nellie (Evans) Krichbaum. He was a graduate of Claypool High School where he played basketball and was a straight-A student. Norman went on to serve in the United States Army as a medical technician. He was honorably discharged from Fort Sheridan, Illinois on March 5, 1953.

Norman worked for the former Morton Powdercoating and Morton International. He spent many years there, retiring from purchasing and provisioning. It was while working at Morton where he met the love of his life, Georgia Conley. Norman and Georgia were united in marriage on August 19, 1985; she survives at home in Warsaw.

Norman was kind, selfless and dependable. He was often the family peace maker and was truly the “King of Compromise.” He was a collector of many things and loved time spent outdoors, tinkering in the yard and around the house. He loved watching college basketball and was an avid fan of both IU and Bobby Knight. He also enjoyed watching NASCAR, especially when Bobby Labonte took home the checkered flag. More than anything, he loved time spent with his family and grandchildren.

In addition to Georgia Krichbaum, his wife of 36 years, survivors include six children: Edward (LeahAnn) Stahl of Silver Lake, Maranda Evett of Warsaw, Cindy (Sai) Poe of Pierceton, Randall Stahl of Bristol, Allen (Kim) Krichbaum of Mentone and Barbara Krichbaum. Also surviving are numerous grandchildren and great-grandchildren. He was preceded in passing by his parents and three sisters: Betty Olinger, Marjorie LaGarde, and Phyllis Scott.

Warsaw’s Titus Funeral Home and Cremation services is assisting the family. Friends may gather on Oakwood Cemetery’s Pine Street on Wednesday, September 15, 2021 for a graveside service and military honors. The service will begin at 11 o’clock.

Memorial gifts may be directed to North Webster American Legion, 756 South Main Street North Webster, IN 46555 or to Wounded Warrior Project, PO Box 758516, Topeka, Kansas 66675. Written condolences may be left for the family at www.TitusFuneralHome.com
To order memorial trees or send flowers to the family in memory of Norman R. Krichbaum, please visit our flower store.