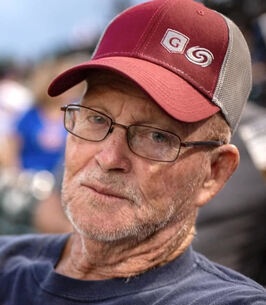 Norman L. Grubbs, age 78, a lifetime resident of Warsaw passed away on September 9, 2021, at the Fort Wayne VA Medical Center. He was born on January 6, 1943, the son of George and Millie Grubbs.

After graduating from Warsaw High School, Norm joined the United States Army where he served his country for over 20 years until his retirement. While serving in the US Army base in Italy near the leaning Tower of Pisa, Norm collected many medals on the track team in competition between the army bases in Southern Europe (Italy, Greece and Turkey). He placed first in the Masters Division in 200, 400 and 800 meter races. While stationed in Italy, he collected even more trophies in bowling, basketball and softball.

He married the love of his life Brenda Newingham on October 29, 1966, in Warsaw and together they raised their three children. Norm was very passionate about sports. He played for many teams throughout his life including more than one softball team.

He was known to other soldiers as "Stormin' Norman" because he was so quick around the bases. To his family, he was known as "The Rule Book Committee" while playing board games. Following his retirement, Norm had a home in Florida where he would reside during the winter months to continue to play sports. Up until his untimely death, Norm was actively participating on multiple softball leagues and played at least one round of golf a day.

Norm will be dearly missed by his wife of 55 years, Brenda; children, Tina (John) Bullington, Tammy (James) Nolan, and Thomas (Stacy) Grubbs; grandchildren, Brittnee, Kierstin, Brandon, Brooklynn, Katherine, Dyllion, Tristin, Trey, Madeline, and Elissa; 9 great grandchildren; and his sisters, Mary Grubbs and Bonnie Cleveland. He is further survived by many nieces, nephews, extended family members and friends. He is preceded in death by his parents, his sister, Barbara Hyde, and brothers, Donnie, Ronnie, and Billy Grubbs.

Titus Funeral Home and Cremation Services, 2000 East Sheridan Street, Warsaw is assisting the family. Friends will gather at the funeral home on Tuesday, September 14 from 5 to 7:00 PM with a memorial service at 7:00 PM. Burial will take place privately.

Memorial gifts may be directed to the American Legion, 301 N Buffalo St, Warsaw, IN 46580. Written condolences may be left at www.TitusFuneralHome.com


To order memorial trees or send flowers to the family in memory of Norman Grubbs, please visit our flower store.