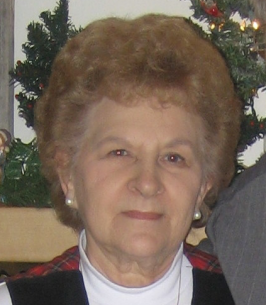 Nellie Titus Robinson, a lifetime resident of Atwood, passed away quietly in the early hours of Wednesday, January 27, 2021 at home. Age 87, Nellie had a spunk and a zest for life which was memorable and admirable.

Born on January 21, 1934 in Atwood, she was the last surviving of six children born to Ben J. Titus and Kathryn L. (Hungerford) Titus. She was a 1951 graduate of Atwood High School who attended Manchester College following graduation.

On September 19, 1953, Nellie was united in marriage to the late Roger D. Robinson. The pair shared nearly fifty-five years together before his passing on August 21, 2008. Their union was blessed with three children and their families including many grandchildren and great-grandchildren.

Professionally, Nellie worked for LM Berry in the early years as secretary to the division manager. She also worked for Creighton Brothers for several years but is better remembered for her time as a librarian for Tippecanoe Valley School Corporation, in the Trust department of First National Bank and for assisting grieving families at Titus Funeral Home.

In retirement, Nellie stayed busier than many working-age people. She enjoyed attending Triton Basketball games, shopping, and was always on-the-go helping at the funeral home, the church and in any way she could. Her monthly calendar was a diary of sorts, documenting her busy days and helping her to plan for meetings and for every memorable family occasion.

Nellie loved time spent with her family and was sure to bring out the camera which often made everyone duck out of the way. As the photographer, she took many photos but was rarely in them. She is also remembered as Past Worthy Matron of the Order of the Eastern Star in Bourbon, member of the American Legion Auxiliary in Atwood and as a member of the Red Hat Society. She was formerly a longtime member of Atwood Otterbein Church and currently a member of Trinity United Methodist Church in Warsaw as well as the United Methodist Women.

A Life Celebration® is entrusted to Warsaw’s Titus Funeral Home, 2000 East Sheridan Street where visitation will be held on Sunday, January 31, 2021 from Noon until 4 p.m. On Monday at 10 a.m. in the funeral home, Pastor Ernie Troxell will officiate Nellie’s funeral service with burial to follow in Oakwood Cemetery.

Live Stream will be available on Monday for the funeral service for those wishing to attend virtually.

To order memorial trees or send flowers to the family in memory of Nellie Titus Robinson, please visit our flower store.