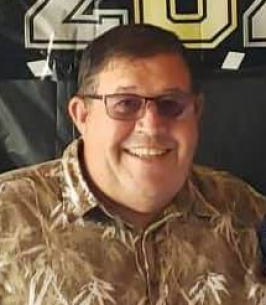 He was born on July 20, 1953 in Garrett, Indiana. He was the son of Leo and Mary (Shire) Saffen and was raised in the family home with his brother, Steve.

Professionally, Mike, as most knew him, was an Indiana Conservation Officer for more than 30 years. He was well respected by public safety agencies throughout the area and had spent time as a Warsaw Fire Department volunteer and continued to visit the firefighters often until his retirement in 2008. Although he retired, his love for the outdoors and environmental awareness continued. He enjoyed volunteering at Mollenhour Conservation Camp. In his free time, he loved to fish and play poker. He enjoyed traveling with his wife to many unique places but genuinely enjoyed their time in the Caribbean and loved visiting Disney annually. He never liked to be late as many may recall him hollering, “..bus is leaving!” More than anything, Mike loved time spent with family and friends enjoying comfort foods and simply being together.

Family and friends may gather for Mike's Life Celebration which will be held on April 17, 2021 at 2 p.m. at Camp C O Mollenhour, 10265 S 600 W, Silver Lake, IN. Titus Funeral Home, 2000 East Sheridan Street in Warsaw is assisting the family. Memorials be made directed to Mollenhour Conservation Camp.


To order memorial trees or send flowers to the family in memory of Michael Saffen, please visit our flower store.