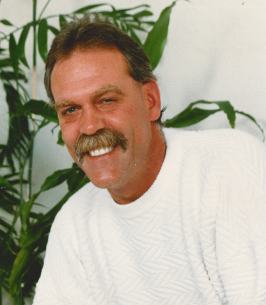 Mike, as many knew him, was born in Mobile, AL on April 4, 1955. He was the son of the late Robert E. Albertson and Evelyn I. (Wolfe) Albertson who survives in Warsaw. Mike spent his formative years in Warsaw and was a 1973 graduate of Warsaw Community High School.

Professionally, Mike spent nearly two decades as a truck driver, but his true passion was Harley-Davidson Motorcycles. He was a certified master mechanic having graduated from Motorcycle Mechanics Institute (MMI) in Phoenix. Some may remember Mike from his time with Jim Bailey’s Harley and with Osborn Motorcycles though he was proud to have owned his own shop for some time; his business, Riding Thunder, was located in North Webster.

Mike loved his family. He was incredibly proud of his children and loved time spent with them and his grandchildren. He was NASCAR and NHRA fan and had raced sprint cars when he was younger. He was previously a member of First Baptist Church though he maintained a relationship with Christ and was also previously a member of the HOG chapter and Dueces Wild M.C.

A Life Celebration® is planned with Titus Funeral Home of Warsaw, 2000 East Sheridan Street, where friends may gather on Sunday, October 3, 2021 from 1 to 5 p.m. On Monday, Pastor Steve Rahn will officiate Mike’s funeral beginning at 11 a.m. in the funeral home. Burial will follow in Oakwood Cemetery. The family is requesting that Harley-Davidson apparel be worn to visitation.

Memorial gifts may be given to the family to assist with final expenses. Written condolences may be left at www.TitusFuneralHome.com

To order memorial trees or send flowers to the family in memory of Michael Albertson, please visit our flower store.