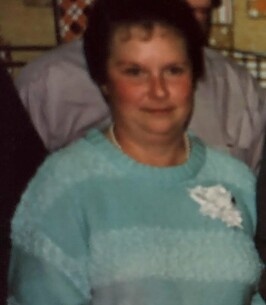 Marilyn J. Shepherd, lifelong resident of Warsaw, passed away peacefully at 7:33AM on Monday November 15, 2021, at Millers Merry Manor of Warsaw at the age of 82.

Born on February 22, 1939, in Warsaw, Marilyn was the daughter of George and Donna Fuller. She was united in marriage in Paintsville, Kentucky to Jerome Shepherd on October 2, 1961. They spent 50 years together before his passing in 2011.

Marilyn was a bit of a homebody, enjoying getting her “housework” done before her soap operas began in the afternoon. Shopping and garage sales were her favorite thing to do while out, but she did enjoy going out to eat. She also loved to read books.

Titus Funeral Home and Cremation Services is assisting the family. Burial for Marilyn will be held on Friday November 19, 2021, with a graveside service at 2:00PM at Oakwood Cemetery, 421 N. Maple Ave. Warsaw, IN 46580. Written condolences may be left on the funeral home website at www.TitusFuneralHome.com
To order memorial trees or send flowers to the family in memory of Marilyn Shepherd (Fuller), please visit our flower store.