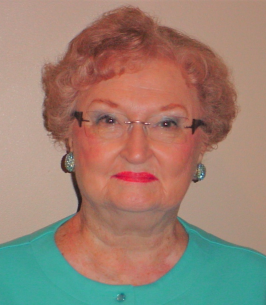 Margaret Elinore Goff, age 91 and a resident of Nokomis, Florida, passed away quietly on Sunday, August 15, 2021. She was previously a longtime Warsaw and Chapman Lake resident.

Born in Pierceton on August 23, 1929, Margaret was the daughter of J. Alva and Mary A. (Vancuren) Outcelt. She spent her formative years in the Pierceton area and was married to Robert S. Goff on August 19, 1950 in Huntington. The pair shared more than 62 years together before Robert’s passing in November of 2012.

Professionally, Margaret was the beautician of Goff Beauty Shop which she operated from her home for more than twenty-five years. In addition, she and her family operated Goff’s Chapman Lake Marina from 1960 – 1986 when Margaret and Robert began spending winters in Florida; they became permanent residents in 2010. She was also a member of King’s Gate Club and the club’s many activities including: art, drawing and painting classes; ladies billiards; ceramics and water aerobics. She also enjoyed bike riding and playing cards each Saturday night with friends.

A Life Celebration® is planned with Titus Funeral Home, 2000 East Sheridan Street, Warsaw where friends may gather for visitation on Friday, August 20, 2021 from 4 to 6 p.m. Her funeral will be held at the funeral home on Saturday beginning at 11 a.m. with visitation for thirty minutes prior. Burial will follow in Warsaw’s Oakwood Cemetery.

In lieu of flowers, those wishing to express their sympathy may give to South Eastern Guide Dogs, Inc, 4210 77th Street East, Palmetto, FL 34221. Written condolences may be left at www.TitusFuneralHome.com

To order memorial trees or send flowers to the family in memory of Margaret Goff (Outcelt), please visit our flower store.