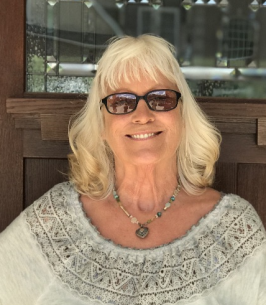 Linda Jean Drielick, age 68 and a longtime resident of Kosciusko County, passed away surrounded by family on Tuesday, June 29, 2021. She had been bravely battling cancer for several weeks.

The daughter of Forrest Bonham and Nancy (Harter) Bonham, Linda was born on May 1, 1953 in Marion, Indiana. She spent her formative years there and graduated from high school in Marion. Professionally, she was retired, having spent many of her working years at Kimble Glass in Warsaw.

Linda was a vibrant, funny person who was generally carefree and loved being around people. She especially loved time spent with her grandchildren and great-grandchildren and never missed their events. She was easy to get along with but also opinionated and strong willed. She had a strong faith in Christ and actively attended Warsaw Community Church. She enjoyed helping others where she could and was a fan of President Donald Trump.

Titus Funeral Home and Cremation Services of Warsaw is entrusted with Linda’s care. Her family is celebrating her life during a private memorial service later this month. In lieu of flowers, those wishing to express their sympathy are encouraged to give to Warsaw Community Church.

To order memorial trees or send flowers to the family in memory of Linda Drielick (Bonham), please visit our flower store.