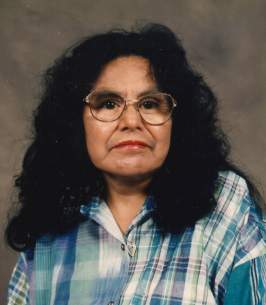 The daughter of the late Gonzalo and Paula (Berumen) Garay, Leonides was born on August 9, 1937 in Las Esperanzes, Coahuila, Mexico. She immigrated in the 1990s, proudly became an American citizen, and has been a Warsaw resident for many years.

A loving mother, grandmother, and great-grandmother, family meant so much to Leonides. She was happy to play games with them, cook for them, spend time with them and love on them. She worked very hard to make sure they never went without and that they were always shown love and support.

She enjoyed gardening and finding a bargain while thrift shopping. She also enjoyed daytime dramas and telenovelas. She is especially remembered for her huge home-cooked meals and for her tamales. She previously attended Sacred Heart Catholic Church and Our Lady of Guadalupe Catholic Church.

Friends may join family for a time of visitation at Warsaw’s Titus Funeral Home, 2000 East Sheridan Street, Warsaw on Thursday, May 27 from 10 a.m. to 1 p.m. Beginning at 1 o’clock, Titus Funeral Home’s Sharon Brockhaus will lead a Life Celebration® for Leonides. Burial will follow in Oakwood Cemetery, Warsaw.

Memorial gifts may be directed to Our Lady of Guadalupe Catholic Church. Written condolences may be left for the family at www.TitusFuneralHome.com
To order memorial trees or send flowers to the family in memory of Leonides Rivera (Garay), please visit our flower store.