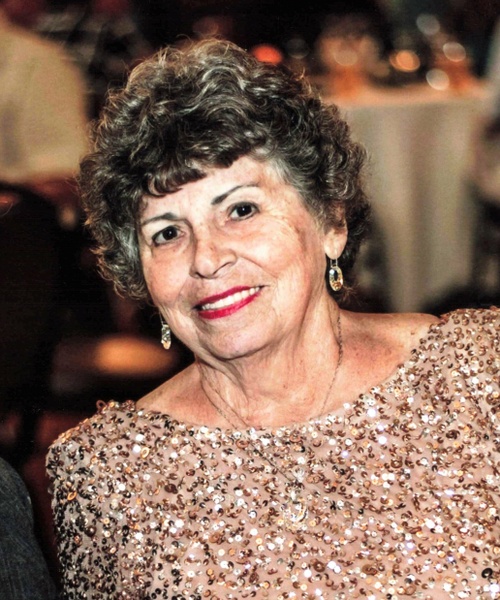 Leatrice Joy Lillian Katzer, of Eagle River, Wisconsin, passed away on Sunday June 5, 2022, in Milford,
Indiana at the age of 87.

Joy was born in Wauwatosa, Wisconsin on December 23, 1934, to Clair and Gertrude Lodes. She was the
third child of four children. She married Roman S. Katzer on September 17, 1955, and together they
raised six children. Joy was a devoted mother with a flair for style and creativity. She was an
accomplished seamstress and used that talent throughout her life, creating amazing costumes, table
creations, and décor for interior design. When her children were older, she helped design business
forms, working alongside her husband Roman for Moore Business Forms.

Along with her husband Roman, Joy enjoyed the outdoors and spent time with the family on camping
trips, as well as hunting and fishing. Joy’s love for people was expressed in her frequent welcoming of
family and friends to their Sheboygan home and Eagle River cabin. Family and friends enjoyed cozy
evenings around the campfire, laughing and sharing stories. Both Roman and Joy loved being out on the
water, whether on Lake Michigan or the lakes up North. For many years, Joy was Roman’s First Mate on
the 28’ long Carver, Romie’s Joy.

Throughout the years, Joy shared her talents through many avenues of volunteer work. She served
several years as a Girl Scout leader. Later she served the disabled through her many volunteer roles with
the annual fishing event hosted by Fishing Has No Boundaries Eagle River Chapter. One of her most
recent contributions was the design and care of the display window at a local hospital. She was also a
member of the Red Hat Society, where members gather for food, fun and friendship.
In her later years, Joy and Roman spent winters in Gulf Shores, Alabama and summers in Eagle River,
Wisconsin. This continued for many years until health concerns required her to relocate to Milford with
her oldest son.

A Family and Friends Memorial celebration and meal in honor of Leatrice Joy will be held at the home of
Mark Katzer (834 E Beer Rd., Milford) on June 18, 2022, from 3:00 pm to 5:00 pm. A memorial event will
also be held in Wisconsin on September 17, 2022, at 2:00 pm at the Eagle River cabin. Please call Roman
or Matthew Katzer for details or questions.

To order memorial trees or send flowers to the family in memory of Joy Katzer, please visit our flower store.