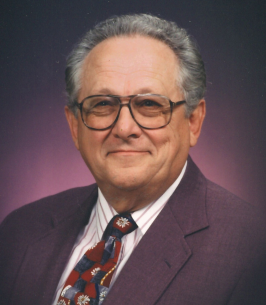 Larry Lawlor, age 87, of Winona Lake and a longtime resident of Kosciusko County, passed away quietly in the early hours of Thursday, January 21, 2021, at Grace Village in Winona Lake.

Born in Lehighton, PA, on June 22, 1933, Lawrence Albert Lawlor was the son of George Lawrence Lawlor and Mildred Stuckley (Rex) Lawlor. In 1953, he married his sweetheart, Dolly, and they moved to Winona Lake. A 1955 graduate of Grace College, 1958 graduate of Grace Seminary, and 1968 graduate of Ball State University, Larry was a Social Studies teacher at Warsaw Community Schools for 34 years; he is especially remembered for teaching Government and Economics classes to seniors. He taught Logic and Critical Thinking courses at Grace College and served as Vice-Principal at Warsaw Community High School for two years. He chaired the Social Studies department and was a member of Kosciusko County and Indiana State Teachers’ Associations. In 1981, he was semi-finalist for Indiana’s Teacher of the Year.

Upon retiring from public school teaching in 1996, Larry focused his love for teaching on leading Bible Study groups as a way to share his genuine faith and thirst for the Word of God. He was a longtime member of Fellowship Baptist Church in Warsaw. Larry was an avid reader and enjoyed keeping up with current events. He enjoyed gardening, collecting coins, stamps and postcards.

Above all, Larry valued time spent with those he loved. His survivors include: his wife of 67 years, Dolly, and six children: Debbie (Gary) Sutton of Carmel, David (Sally) of Warsaw, Stephen (Esther) of Warsaw, Becki (Scott) Holladay of Warsaw, Larry (Cheryl) of Fishers and Laurie (Joel) of Fort Wayne. Also surviving are his sister Harriet (Doug) Thompson; brother John (MaryEllen) Lawlor; 19 grandchildren and 9 great-grandchildren. He was preceded in death by his parents.

Titus Funeral Home, 2000 East Sheridan Street, Warsaw, is assisting the family. A private funeral service will be held at the funeral home on Tuesday at 1 PM with visitation beginning at 11 AM. Visitation, though limited, is open to any who feel led to attend and wish to express their sympathy. Bryan Benjamin and Luke Holladay (grandson) will be officiating the service and burial. A private family graveside service will be in Oakwood Cemetery, Warsaw.


To order memorial trees or send flowers to the family in memory of Lawrence "Larry" Lawlor, please visit our flower store.