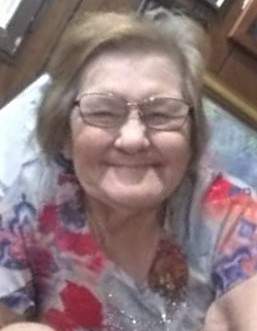 Laura E. Hackworth Brashere of Warsaw, Indiana passed away at 5:00 p.m. on Saturday, September 10, 2022 at Parkview Whitley Hospital in Columbia City, Indiana at the age of 75.

She was born on March 6, 1947 in Warsaw, Indiana. Laura was one of seven children born to Anna Lee (Burke) Shepherd and Billey Shepherd. On September 5, 1964 she was married to Troy Hackworth, they shared 42 years together before he passed away in 2006. Laura later was blessed to have met Norman Brashere, they were married and shared their lives until he passed away in 2014.

Laura worked for Dalton Foundry in Warsaw, Indiana as a core maker and retired after 40 years in 2006. She definitely knew what a hard-days work was and then going home to do it again to care for her family. She showed her love to her family by being a fantastic cook and everyone loved her baked goods. When she wasn’t busy doing one thing or another, she enjoyed reading her many, many romance novels and watching NASCAR! Summer was one of her favorite seasons, because it meant it was Garage Sale season, and she LOVED checking out all of them and as she often stated she “was a collector of fine things.” Most of all Laura was a Godly woman and enjoyed the many years of fellowship at Full Gospel Pentecostal Church in Claypool, Indiana. She had a big heart and was known for being the kind of person who would do anything for anyone. Laura was a great mother, grandmother, sister and friend to many who will be dearly missed.

To leave a condolence or to send flowers please visit: www.TitusFuneralHome.com

To order memorial trees or send flowers to the family in memory of Laura E. Brashere, please visit our flower store.