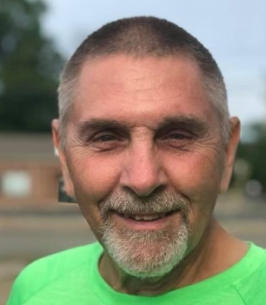 Mike Metzger, 79 of Warsaw, passed away unexpectedly on Thursday, January 14, 2021 at 11:05 a.m. in Fort Wayne at Parkview Regional Medical Center.

Born Larry Michael Metzger on December 19, 1941 at Warsaw’s McDonald Hospital, Mike was the son of Thurman “Wayne” Metzger and Katherine Blickenstaff Metzger. He was a 1960 graduate of Akron High School and lived his entire life in Kosciusko County.

Immediately following high school graduation, Mike joined his best friends at the Tippy River for three days before hiring on with RR Donnelley and Sons. He worked in color proofing and as a photographer in his forty-plus-year career with Donnelleys where he retired in 2000. He enjoyed one year in retirement before joining the team at Warsaw Super Wash as their mechanic and maintenance man. After 17 years, he again retired though he worked part-time in retirement at S&T Hardware in Atwood; he was working there until his passing.

His retirement jobs were quite fitting as Mike enjoyed fixing things especially tractors, cars, and bikes. And, his teenage riverside rendezvous was perhaps fitting, too as he loved the river. He also loved Pickleball; he started and ran Pickleball Phanatics in Warsaw and genuinely enjoyed the friends he made in the process. He continued to enjoy the sport, playing one week before his passing and was organizing a beginner’s class for the 23rd of January. Always keeping busy, Mike had also managed the Kosko Gun Club for more than 25 years.

Mike was both friendly and ornery but was loved by so many. Surviving is his wife of 35 years, Kayla Metzger of Warsaw to whom he was married on October 5, 1985. Also surviving are his son, Douglas (April) Metzger of Warsaw; daughters, Mindy (J.C.) Stookey of Winona Lake, Renee (Bryan) Martin of Palm Harbor, FL and Kami Minier of Columbia City; nine grandchildren: Dane Stookey, Trace Stookey, Natasha Chamberlain, Kyla Chamberlain-Loney, Hunter Metzger, Hannah Metzger, Wyatt Snyder, Sydney Martin and Cayden Martin and sister, Lisbeth “Kay” (Bob) Dubois.

Warsaw’s Titus Funeral Home is assisting the family. Services will be held privately. Officiating is Pastor David Banning of Otterbein United Methodist Church where Mike attended for many years and where he often assisted with running the sound board. Military honors will be offered by members of American Legion Post 49 and VFW Post 1126 as Mike was an honorably discharged veteran of the United States Marine Corps, having earned the rank of Sergeant. He was also a qualified sharpshooter on the M14 rifle.

Mike had a passion for helping people and loved to do it. He was never too busy to put down what he was working on to help another. In lieu of flowers, please consider a memorial gift to Otterbein United Methodist Church, PO Box 98, Atwood, IN 46502.
To order memorial trees or send flowers to the family in memory of Mike Metzger, please visit our flower store.