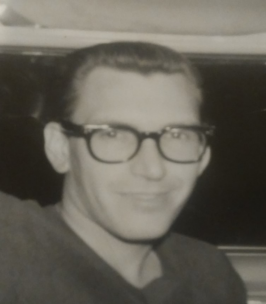 Larry Wayne Harvey, age 78 of Warsaw, passed away quietly in Merrillville at Methodist South Lake Hospital on Saturday, September 11, 2021. Known by many as “Harv,” Larry was a longtime Kosciusko County resident though he was born in Goshen on June 17, 1943. He spent his formative years in Elkhart, before moving to North Webster where he graduated in 1962 and made his home in Warsaw for many years.

A hard worker, Larry dedicated more than forty years to R. R. Donnelley where he held several positions, his favorite of which was as Tabloid Coordinator. It was while working at Donnelleys that Larry met Linda Kimmel; they were married on October 14, 1967 and spent nearly fifty-four years together before his Saturday morning passing.

A lover of the outdoors, Larry enjoyed fishing on Carr Lake, when he could, and liked working around his homeplace: chopping wood, landscaping and caring for more than five acres. He loved reading the bible, studying and growing in his Christian faith – he especially enjoyed the writings of John MacArthur. He was also a longtime member of Community Bible Church, Warsaw. He also enjoyed classic cars, having owned several throughout his life.

A Life Celebration® is planned with Titus Funeral Home and Cremation Services, 2000 East Sheridan Street, Warsaw where friends may gather on Thursday, September 16, 2021. Services will begin at 6 p.m. while visitation will take place for two hours prior to the funeral. Pastor Keith Rickert will officiate the services.

In lieu of flowers, memorials may be given to Greater Europe Mission with envelopes available at Titus Funeral Home.

To order memorial trees or send flowers to the family in memory of Larry "Harv" Harvey, please visit our flower store.