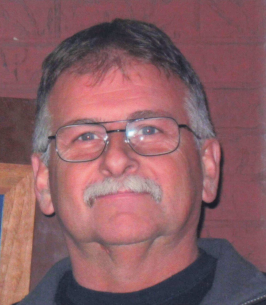 Keith Allen Cales, a resident of Monroe, Michigan, passed away quietly at home in Monroe on Wednesday, October 27, 2021 at 5:16 a.m. He was age 68 at the time of his passing.

Born on December 28, 1952 in Winchester, IN, Keith was the son of Herschel and Kathleen (Tucker) Cales. He was a graduate of Union City High School and was united in marriage to Sharon Wright on September 16, 1972. She preceded him in passing on September 19, 1997 after more than twenty-five years together.

A hard worker, Keith was a Layout and Facilities Engineer, helping factories across the country to design and re-configure assembly lines. He dedicated more than twenty-two years to his work, operating in many large corporations including Ford, GM and Dearborn Midwest.

Keith was a HUGE fan of The Ohio State University’s Buckeyes. He liked to golf and was in several leagues over the years. He also enjoyed watching MASH and The Food Network, cooking, camping, and going to tractor pulls. He was incredibly sarcastic and his remembered for his sense of humor and orneriness.

Those who survive with memories to cherish include his three children: Jody (Rodney) Everett of Monroe, M. David (Michele) Kuhn of Mentone and Melissa Yeiter of Warsaw; 11 grandchildren; 11 great-grandchildren and five siblings: Janet Denton, Richard (Noreen) Cales, Dennis (Brenda) Cales, Nancy Klonne and Lisa (Tom) Sutter. In addition to his wife and her parents, Keith was preceded in passing by an infant son, Chad; two sisters, a brother and their parents.

A Life Celebration® is planned with Titus Funeral Home and Cremation Services, 2000 East Sheridan Street, Warsaw where friends may gather on Friday, November 5, 2021 from 10 am to 1 pm when his funeral service will be held. Burial will follow at Oakwood Cemetery, Warsaw.

Memorial gifts may be directed toward final expenses c/o Titus Funeral Home, 2000 East Sheridan Street, Warsaw, IN 46580 while condolences may be left at www.TitusFuneralHome.com
To order memorial trees or send flowers to the family in memory of Keith Cales, please visit our flower store.