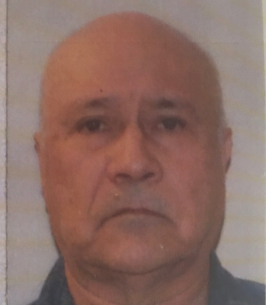 Born in Guanajuato, Mexico on February 18, 1951, Juvenal was the son of Gavino Patiño and Josefa Rico. He was married to Ma. Julia Medina on July 4, 1981. The pair was preparing to celebrate their 40th anniversary. To their union, one daughter was born.

Juvenal was a hard worker. He was employed by Creighton Brothers for many years, retiring seven years ago which allowed him more time with his family and his grandchildren whom he adored. He was a longtime member of Our Lady of Guadalupe Catholic Church and enjoyed movies of all kinds but especially enjoyed comedy and action.

Titus Funeral Home, 2000 East Sheridan Street, Warsaw is assisting the family. Visitation will be held in the funeral home on Thursday, June 10, 2021 from 4 to 8 p.m. with a blessing and prayer service beginning at 7 o’clock. Mass of Chrisitan Burial will take place at Our Lady of Guadalupe Catholic Church on Friday, June 11 at Noon with interment following in Oakwood Cemetery, Warsaw.
To order memorial trees or send flowers to the family in memory of Juvenal Patiño Rico, please visit our flower store.

Our Lady of Guadalupe Catholic Church