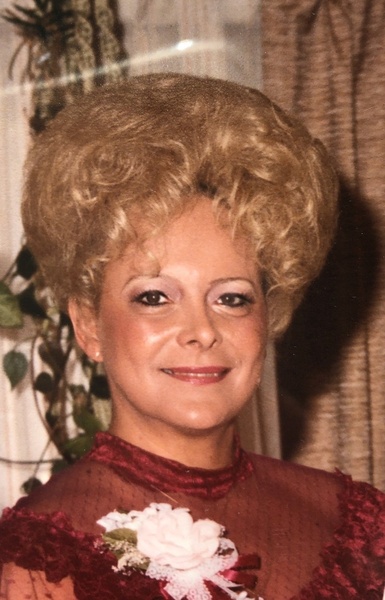 She attended Hammond Technical High School and was married on January 31, 1986 in Whiting, IN to Ronald P. “Ron” Hussey who survives. She retired from LTV Steel in East Chicago, IN after 28 years and formerly attended the St. George Serbian Orthodox Church in East Chicago. She lived most of her life in the East Chicago / Whiting, IN area, summered at Webster Lake, and moved to Cromwell in 1987 where she lived for many years before moving to Nappanee.

Judie was a loving mother, grandmother, and great-grandmother to “her boys,” who were the lights of her life.  Fishing on Lake Wawasee (she was a wizard with a filet knife,) she loved spending time there with her friends Frank and Phyllis Perzanowski.  Judie loved taking care of her animals Mika, Candy, Momma, Daddy, and Pee Wee.  She was a “Jack of all Trades.”  She could replace a roof, act as a plumber, and added such artistic flair to her first home it was the nicest on the block.  Judie was fiercely independent and worked very hard to take care of Gram and her girls.  She entertained the entire neighborhood by blasting her favorite Neil Diamond songs on her stereo console.  She was smart and witty, the life of the party, who also had a knack for making everyone feel comfortable.  Forever protective of her family, she was loyal to all who loved her and held an extreme sense of pride for her Serbian heritage. Many colorful stories were shared about her grandparents and their adventures.  She will be greatly missed and the memories shall be eternal.

She was preceded in death by her Parents, grandson – Bobby Arnold Jr., and brother – Stephen Beison.

Visitation will be from 4:00 – 6:00 p.m. on Monday, May 3, 2021 and 1 hour prior to services on Tuesday at Owen Family Funeral Home, 1001 S. Huntington St, Syracuse, IN. Funeral services will be at 11:00 a.m. on Tuesday, May 4, 2021 in the funeral home with Pastor Kerry O’Brien of the Mohawk United Methodist Church in Greenfield officiating. Burial will take place in the Mock Addition of the North Webster Cemetery.

The family expresses their sincere gratitude to the Center for Hospice organization in Elkhart, IN, for their compassionate care. Preferred memorials may be given to the New Hope Pet Rescue, 72555 CR 29, Syracuse, IN 46567.

To order memorial trees or send flowers to the family in memory of Judith L. "Judie" Hussey, please visit our flower store.