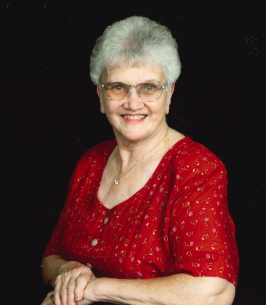 Juanita was born on November 20, 1933 in Dixieland, California. She was the daughter of Albert Berry Davis and Laura Rebecca (May) Davis who passed at an early age. Later, her father re-married; her stepmother, Martha Davis raised Juanita and her siblings.

On January 27, 1950, Juanita was married to Alton Lavon Frantz. The pair shared nearly 70 years before her Saturday morning passing. Their union included many blessings including four children who were Juanita’s top focus. She was a caring, loving mother with a generous nature though she also worked for many years at Sears Roebuck. She enjoyed crafts like macrame, quilting, and crotchet and baked the most wonderful yeast rolls, English Toffee and Chicken Noodles. She loved classic hymns and old-time Gospel music and was saved through Jesus Christ. She was a member of Community Bible Church and enjoyed the fellowship there.

In addition to her husband, Alton “Al” Frantz who survives in Warsaw, those who survive include four children: Jonathan (Cheryl) Frantz of Spray, OR, Michael Frantz of Warsaw, Deborah (Edward) Burns of Warsaw and Stephen (Karen) Frantz of Warsaw. Also surviving are 14 grandchildren, 27 great-grandchildren and a brother, Albert Benjamin “Benji” Davis. She was preceded in passing by her parents: father, Albert Davis; mother, Laura Davis; stepmother, Martha Davis; a brother, Robert Davis; step-brother, John King and two half-sisters, Erma and Iva Guy.

To order memorial trees or send flowers to the family in memory of Juanita Frantz (Davis), please visit our flower store.