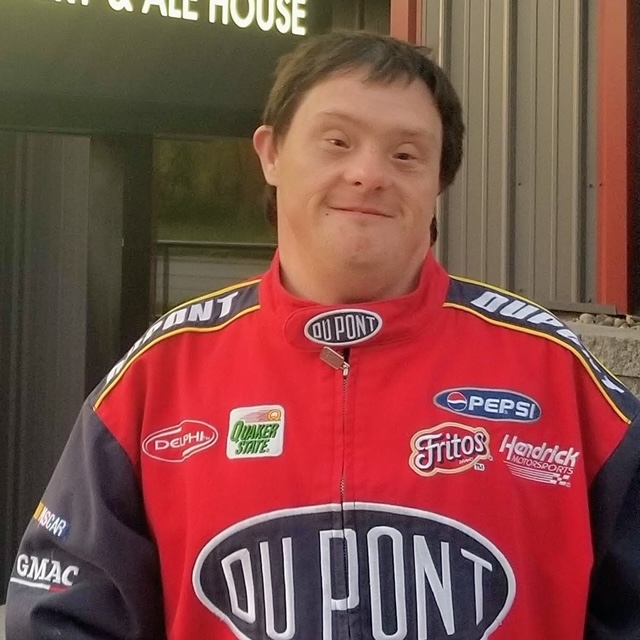 He graduated from Warsaw High School and lived most of his life in the Syracuse area until he moved to Elkhart & South Bend / Mishawaka area in 2016. He formerly worked at Cardinal Center in Warsaw for 5 years & Pilcher’s Shoes in North Webster. He was a member of the Wawasee Heights Baptist Church in Syracuse.

Cremation will take place at Cremation Services of Kosciusko County, 4356 N. St. Rd. 15, Warsaw, IN. Visitation will be from 12:00- 1:00 p.m. on Saturday, November 6, 2021 at Owen Family Funeral Home, 1001 S. Huntington St., Syracuse, IN. Memorial services will follow at 1:00 p.m. on Saturday in the funeral home with Pastor Pat Park officiating. Private family burial will take place in the Syracuse Cemetery at a later date.

Joe had a way of making an impression on everyone that crossed his path. If you met Joe

Meier, then you remembered Joe Meier. He probably shook your hand the first time you were

introduced. Maybe he told you about his favorite driver, the animals he loved, or the game he

was just watching. Whatever you talked about, he was smiling the whole time.

The odds were stacked against Joe from the start. His parents were told it would be a long time

before he would be able to walk or feed himself. But Joe had other plans. He hit his milestones

his life. He went on to defy the odds as he grew up and into adulthood. Not just because he

lived decades longer than his doctors expected, but because of what he did with those years.

Joe did what he loved and he made many friends along the way. He had a passion for race cars

and some of his happiest moments were at the track with his brothers. He participated in the

Special Olympics, he went go-kart racing, he rode horses, he went on vacations, he was

exceptional at drawing race cars and motorcycles, and he even held a job at Pilcher’s Shoes in

working). He loved watching sports in general, but baseball was his favorite. It didn’t matter

what game was on, if Joe was cheering for your team then he was your most enthusiastic fan.

But it was being with the people he loved that mattered the most to him.

If there’s only one thing you take away from this, know that Joe lived a full and happy life. He

knew what brought him joy and he embraced it. Whether that was chatting with an old friend,

playing air guitar to his favorite songs, or sitting around a bonfire surrounded by his family. We

would all be better off if we learned to live in the moment the way he did.

When Joe was happy, he didn’t keep it to himself. You could see it in his eyes. In his smile. In

the way that he would throw his head back and howl at the moon. Joe lived a good life with the

people he loved and he made the most of every moment. And if he was here today ... he’d be

happy to tell you all about it.

To order memorial trees or send flowers to the family in memory of Joseph D. "Joe" Meier, please visit our flower store.