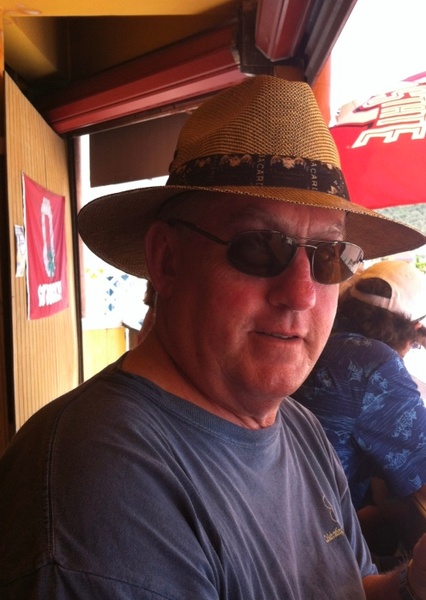 He attended St. Paul Elementary in Marion, Wawasee Prep in Syracuse, and graduated in 1974 from Marion High School. He also attended the Art Institute of Ft. Lauderdale, FL & Indiana University in Kokomo, IN. He was married on April 13, 1985 in Marion, IN to Sherryl S. Cordill who survives. He was formerly employed at the family business, Grant County Abstract Company in Marion, and could been seen slipping out to play golf with his father. He also worked at Horizon Transport in Wakarusa for 22 years where he had the opportunity to see all lower 48 states and many Canadian Providences, many with his wife. He grew up in Marion, spent many years at Webster and Wawasee Lakes before moving to Irish Lake full time in 1998.

He was raised Catholic and was a member of the Marion Jaycees & Aero Club. John & his wife were members of the Barbee Pirate Euchre Club and known as the founders of the Barbee Lakes Ship of Fools Pirate Party for the past 23 years. John loved playing & watching football, Canadian fly in fishing with his Wally Walleye Buddies, enjoyed photography, and spending time with his friends at the lake.

He was preceded in death by his parents and sister – Mary Jane Keenan.

To order memorial trees or send flowers to the family in memory of John Robert Finch, please visit our flower store.