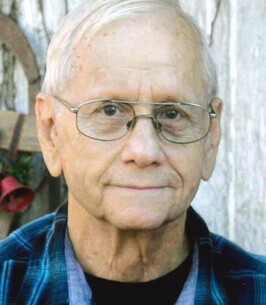 John H. G. White, 82 and a longtime resident of Warsaw, passed away quietly at home in the company of his family. Although he had bravely battled Leukemia for several months, his passing in the early hours of August 21, 2021 came more quickly than was expected.

Born on December 21, 1938 in Roann, John was the son of Warren White and Opha (Ball) White. He was a graduate of Laketon High School; with a love of cars and speed, John worked in a filling station following graduation. Later, he went into auto body work before purchasing his father-in-law's business, White Machine, Inc. He owned and operated White Machine for more than thirty-five years before his son purchased the business and ushered it into its third generation. Though he was retired, he still helped around the shop where he could, even working as recently as June and July of this year.

John raced stock cars, late-models and dragsters when he was younger. He also competed in barrel racing, and was a skilled mechanic who could fix almost anything. He enjoyed golf, bowling and listening to the news but nothing meant more to John than time spent with his family.

Titus Funeral Home and Cremation Services, 2000 East Sheridan Street, Warsaw is assisting the family. Friends will gather at the funeral home on Tuesday, August 24 from 4 to 6 p.m. At John’s request the funeral services will be private. Interment will be in Oakwood Cemetery, Warsaw.

Those wishing to express their sympathy may give to Center for Hospice with envelopes available at the funeral home. Written condolences may be left for the family at www.TitusFuneralHome.com

To order memorial trees or send flowers to the family in memory of John White, please visit our flower store.