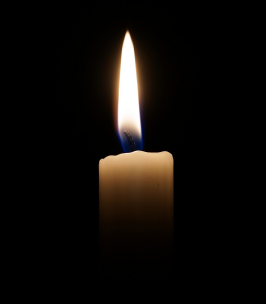 Born in Warsaw on October 23, 1931, he was the son of Charles E. and Helen (Betzer) Taylor. He attended Warsaw schools and was united in marriage to Julia M. Ellis. John and Julia spent more than forty-three years together before her passing on December 3, 1993.

John was a hard worker who worked for Zimmer as a lab tech. He dedicated more than twenty years there and retired shortly after Julia passed away. Together the pair logged many miles on their motorcycle and traveling the United States. John was quite handy and enjoyed woodworking, even making frames for family photos around the home. He also enjoyed bluegrass music and played the fiddle.

In addition to his wife, Julia Taylor, he was preceded in passing by his daughter, Pam Kreischer, his parents, and two siblings – brother, Phillip Taylor and sister, Sharon Jefferson. Those who survive with memories to cherish include son: Charles Alan Taylor Warsaw; sister, Patsy Hamilton of Warsaw; four grandchildren: Michael Morgan, Charles Anthony Taylor, Bonnie Uelk and Katie Taylor and their families including several great-grandchildren.

Titus Funeral Home and Cremation services is assisting the family. Friends may gather at Oakwood Cemetery for a graveside service on Friday, September 17, 2021 @ 10 a.m.

Those wishing to express their sympathy may give to St. Jude Children’s Research Hospital, 501 St. Jude Place Memphis, TN 38105. Written condolences may be left for the family at www.TitusFuneralHome.com
To order memorial trees or send flowers to the family in memory of John Taylor, please visit our flower store.