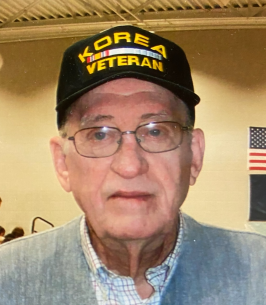 John Henry Conley, age 88 of Winona Lake, Indiana, passed away quietly after a brief battle with pneumonia on Sunday, August 15, 2021 at Kosciusko Community Hospital, Warsaw. He was surrounded by his loving family at the time of his passing.

John was born on May 21, 1933 in Bonanza, Kentucky. He was the son of Johnny B. Conley and Lona (Baldridge) Conley, both of whom preceded him in passing. He was a 1951 graduate of Silver Lake High School and honorably served in the United States Air Force between February 1953 and February 1957.

Though they’d known each other nearly their entire lives, John was united in marriage to Marceil G. Haney on June 5, 1953. The pair was married in Denver, CO where John was stationed at the time. They shared more than sixty-eight years together before his Sunday afternoon passing. To their union, four children, 10 grandchildren, 25 great-grandchildren and one great-great-grandchild were born.

Professionally, John spent more the thirty-six years with R.R. Donnelley. He was the fourth person to be hired there and recalled clearing a bare field of rocks and boulders to make way for the modern-day plant. He retired in 1995. More personally, John was a longtime member of First United Methodist Church, Warsaw and was previously a member of the Warsaw Masonic Lodge and Warsaw Kiwanis Club. He enjoyed golf, watching football and baseball, too – especially Indianapolis Colts, Denver Broncos, Chicago Cubs and Notre Dame. He was also a proud Warsaw Tigers and Grace College Lancers fan.

Those wishing to express their sympathy are encouraged to donate to Riley Children’s Hospital, an organization which John proudly supported. Gifts may be mailed to Riley Children's Foundation 30 S. Meridian Street, Suite 200 Indianapolis, IN 46204. Written condolences may be left for the family at www.TitusFuneralHome.com

To order memorial trees or send flowers to the family in memory of John Conley, please visit our flower store.