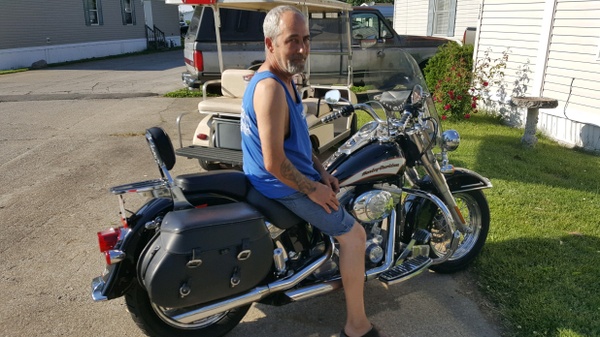 Born in Des Moines, Iowa on December 06, 1962, Joel was the son of Billie Ray Sawyer  and Phyllis C. (Drew) Sawyer. He was a hard worker, spending much of his later career in RV production, most recently as a team leader at Keystone.

Joel loved his family and friends. He also loved being outdoors: riding his motorcycle, hunting, fishing and gardening. He had a tender side that only those who knew him got to see.

Owen Family Funeral Home of Syracuse is entrusted with Joel's care. The family is grieving privately with no public services planned.

To order memorial trees or send flowers to the family in memory of Joel Sawyer, please visit our flower store.