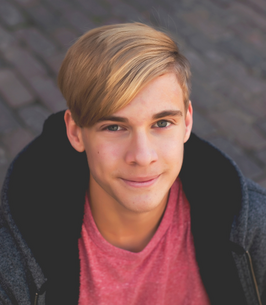 Jesse Lynn Page, a resident of Akron and previously of Warsaw, passed away unexpectedly on September 15, 2021. He was 20 years old.

Born in Angola, on February 23, 2001, Jesse was the son of Jonathan T. Page and Katina C. (Laukhuf) Grimm. Growing up his family lived in Northwest Ohio for some time though he spent his formative years in Warsaw, graduating from Triton High School in 2019

Jesse was a hard worker and was perfectly suited for his current position at Warsaw Menards as he was very approachable and rarely knew a stranger. Many may recognize him from the flooring department though he recently accepted a promotion to manager of building materials.

In addition to being approachable, he was friendly, kind and compassionate. He was very smart and showed interest in becoming a pharmacist. He was physically active and pushed himself, training in Parkour. He was a collector of knives and swords and liked video games – especially Border Lands, Call of Duty and Portal Knights. He also liked bowling and airsoft.

Jesse loved his family more than anything. Those who survive include his parents: mother, Katina (Mike) Grimm of Warsaw and father, Jonathan (Tori Covey) Page of Wauseon, OH; four brothers: Kaelon Page of Warsaw, Seth Grimm of Elkhart, Josiah Page, his twin, of Plymouth and Trenton Keesbury of Wauseon; two sisters, Andrea Covey of Fayette, OH and Sydney Keesbury of Wauseon and grandparents: Rodney and Currine Laukhuf of Montpelier, OH, Lucy Laukhuf of Waterville, OH and Patrick Grimm of Warsaw. Also surviving are several aunts and uncles including Casey and Forrest Church of Pioneer, OH. He was preceded in passing by grandfather, James David Page.

Friends may join the family for a time of visitation on Sunday, September 19, 2021 from 2 to 5 p.m. at Titus Funeral Home, 2000 East Sheridan Street, Warsaw. A Life Celebration® service is planned for Monday in the funeral home beginning at 11:30 with doors open at 10:30. A graveside service will take place in Riverside Cemetery, Montpelier at 3:30 p.m. Family friend, Pastor Mark Holbrook will officiate the services.

Memorial gifts may be directed toward Jesse’s final expenses, care of Titus Funeral Home, 2000 East Sheridan Street, Warsaw, IN 46580. Written condolences may be left for the family at www.TitusFuneralHome.com


To order memorial trees or send flowers to the family in memory of Jesse Page, please visit our flower store.