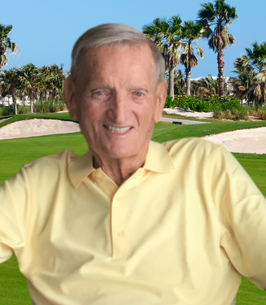 Jerry Nelson, a resident of Winona Lake and a lifetime resident of Kosciusko County, passed away quietly at home on Saturday, April 3, 2021. He was 83 years old at the time of his death.

Jerry was born on March 3, 1938 in Warsaw to Denzel and Lena (Williamson) Nelson though his mother passed when he was very young. Jerry’s father was remarried to the late Marian (Conn) Nelson who was very much Jerry’s maternal influence and who raised him.

A 1956 graduate of Beaver Dam High School, Jerry spent his formative years on the family farm and farmed himself for nearly 30 years before purchasing a local Anheuser-Busch distributor which later became known as Nelson Beverage. Jerry owned and operated Nelson Beverage until selling the business in October 2014.

An eternal optimist with a competitive side, Jerry loved time spent with his family. He was proud of his children and grandchildren and shared their personal successes with everyone he knew – which was seemingly everyone. Jerry rarely knew a stranger, and everyone loved Jerry. He was easy-going, generous, and kindhearted; he was also quite witty and will be remembered for his good sense of humor. He loved golf and was blessed to play on courses across the country.

A Life Celebration® is planned with Titus Funeral Home, 2000 East Sheridan Street, Warsaw where friends may gather on Wednesday, April 7, 2021 from 3 to 7 pm. On Thursday at 11 a.m. in the funeral home, Pastor Todd Gerst of Warsaw Community Church will officiate Jerry’s funeral.

In lieu of flowers, those wishing to express their sympathy may give to First Tee-Indiana Scholarship Program, providing golf access to economically disadvantaged youth. Donors may also choose to give to CASA of Kosciusko County, Boomerang Backpacks or Sweet & Sassy (Bib's Billfold) with envelopes available at the funeral home.

To order memorial trees or send flowers to the family in memory of Jerry Nelson, please visit our flower store.