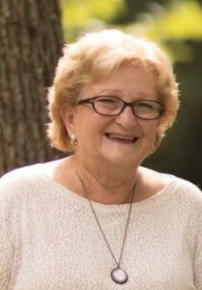 Jean Ann Hunter, a longtime resident of the Syracuse and North Webster areas, passed away quietly on Friday, October 28, 2022 at 3:00 a.m. at home. She was 78 years old.

Born on November 27, 1943 to Hugh Barber, Jr. and Ruth V. (Wilkinson) Barber, Jean Ann was born in Huntington. Her family moved to North Webster when she was quite young; she grew up in the North Webster United Methodist Church and graduated from North Webster High School with the class of 1961. She later graduated from Fort Wayne Commercial College.

Jean Ann was a hard worker, she went to work at Weatherhead right out of school. She is also remembered for her time at Pacemaker Buildings, the Revolving Closet and Kay's Next to New Consignment Shop where she spent more than twenty years.

More personally, Jean Ann is remembered for her cooking and baking skills. She rarely knew a stranger, happily hosting Christmas Evening Open House for many years. She and Larry welcomed as many as 100 people to share her baked treats, dips and holiday specialties; neighbors, friends, family, on-duty public servants and community members would look forward to the event each year - all were welcome.

She enjoyed gardening and was an accomplished gardener of vegetables, flowers and all things green. Her garden was even featured in the Syracuse-Wawasee Garden Walk. She also enjoyed music of all kinds, travel, camping, and reading. She had beautiful penmanship and was known for writing letters and sending cards. More than anything, she enjoyed time spent with her family.

Memorial gifts may be given to Turkey Creek Fire Territory or to Dementia Society of America with envelopes available at the funeral home. Written condolences may be left at www.TitusFuneralHome.com.

To order memorial trees or send flowers to the family in memory of Jean Ann Hunter, please visit our flower store.