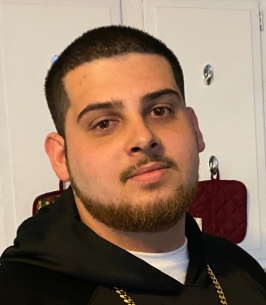 Jarred Jay Miller, age 22 and a lifetime resident of Warsaw, passed away unexpectedly on Wednesday, December 16, 2020 at 2:00 p.m. in his Warsaw home.

The son of Donald Shepherd and Cindy (Miller) Martin, he was born on February 8, 1998 in Warsaw. Growing up in the area, Jarred played Young Tigers football and went on to play through school, attending Warsaw Community High School.

Jarred enjoyed fishing, hunting and shooting sports. He was funny, loyal, and determined, able to do anything he put his mind to – he could also be quite stubborn! He loved time spent with his family especially at bonfires and around food. But, nothing meant more to him than time spent playing with his sons.

In addition to his two sons, Aiden and Lucas, those who survive with memories to cherish include his mother: Cindy (husband, Richard) Martin of Warsaw; father, Donald Shepherd of Elkhart; sisters: Shawntal Shepherd of Warsaw, Mystica (husband, Jake) Craft of Pierceton and Kalyn Martin of Etna Green; and grandmother, Geneva Bayne of Warsaw. Also surviving are three uncles, two nephews and four nieces. He was preceded in passing by grandfathers: Rick Bayne and Wedd Miller; his maternal grandparents; brother-in-law, Derek Davidson and an aunt.

A Life Celebration® is planned with Titus Funeral Home, 2000 East Sheridan Street, Warsaw where friends may gather on Monday, December 21 beginning at 10 a.m., continuing until the 1 p.m. funeral service. Pastor Mike Beezley will officiate with burial in Oakwood Cemetery.

Memorials may be given to the Jarred Miller funeral fund c/o Titus Funeral Home, 2000 East Sheridan Street, Warsaw, IN 46580 and would be appreciated by the family. Donations may also be sent via the link at www.TitusFuneralHome.com.

To order memorial trees or send flowers to the family in memory of Jarred Miller, please visit our flower store.